Non-local labourer killings continue in kashmir Valley, where two bihar residents were killed on Sunday. The kashmir - SRINAGAR/JAMMU' target='_blank' title='jammu and kashmir-Latest Updates, Photos, Videos are a click away, CLICK NOW'>jammu and kashmir police Department then issued an emergency alert. In which it was stated unequivocally that all police officers should promptly relocate any non-local labourers living in their region to the nearest army / CAPF or police camp. The valley is home to more than 50 thousand migrant workers, according to estimates. The Inspector-General of police has issued this advice for all of Kashmir. It was written in this letter that any non-local labourers in your jurisdiction should be brought to the nearest police / CAPF / army establishments /camps right away. They will be accommodated properly. terrorists have killed 11 civilians in the last 15 days, according to a report. Since then, there has been a palpable sense of dread in the valley. 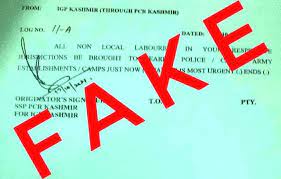 In the last ten days, however, security forces have killed 13 militants in nine separate operations. Four terrorists were killed in these encounters, according to the police, who were responsible for the deaths of four civilians in kashmir - SRINAGAR/JAMMU' target='_blank' title='jammu and kashmir-Latest Updates, Photos, Videos are a click away, CLICK NOW'>jammu and kashmir in the first week of October. Meanwhile, Special director of the Intelligence Bureau (IB) Tapan Deka arrived in srinagar on Saturday. The Ministry of home Affairs dispatched him to learn about the situation on the ground. 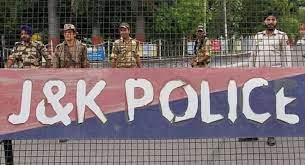 On sunday, what happened?

On sunday evening in Wanpoh, Kulgam, unknown gunmen broke into the home of non-local labourers and began the fire. Three non-locals were shot during this exchange of fire. Two of them perished, and one labourer was taken to the hospital. raja Reshi Dev and Joginder Reshi Dev were recognized as the victims. Chunchun Reshi Dev is the name of the injured person. All of them are bihar locals.