The issue of platform tickets has been suspended at all railway stations in the chennai division in response to the fire. Southern Railway has said that steps have been taken to ensure the safety of train passengers. There has been strong opposition across the country to Agnipath's plan to recruit new members to the army on a four-year contract. The struggle against the project, especially in the northern states, has now spread to Telangana, tamil Nadu and Kerala. youth struggles have intensified in states including Bihar, haryana and Uttar Pradesh. 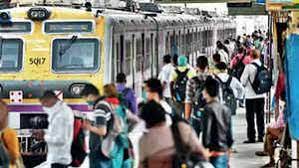 Trains were set on fire in various parts of the area during a protest last Friday. Public property, including railway stations, was smashed. As a result, 200 train services across the country were affected. So far 7 trains have caught fire. Internet service has been cut off in 20 districts in Bihar. 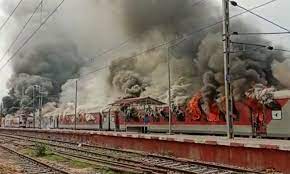 As a result, the central government is taking various initiatives to stop the struggle and bring the youth back to normalcy. Union Defense minister Rajnath Singh held two rounds of consultations with the troop commanders at his residence. Following this, Agni players have been given 3 years relaxation from the maximum limit for joining the scheme. The federal government has also approved a 10% quota for jobs in the Ministry of home Affairs and Defense. 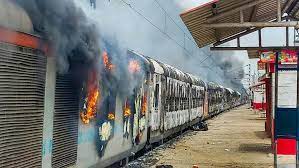 The federal government has said the project was delayed due to a corona infection and that the Agnibad project will definitely be implemented. army commanders say there is no room for talk of withdrawing the plan. Opposition parties, including the Congress, have protested against the Agnibad project.

The struggle against the Agnipath project continues. As a result, the issue of platform tickets at railway stations on the Southern Railway has been stopped. Southern Railway has decided to ensure the safety of train passengers in view of efforts being made for a nationwide strike (Bharath Bandh).

Therefore, the issuance of platform tickets at all railway stations in the chennai division will be stopped immediately until further notice. Passengers and the public are being asked to co-operate with the railway administration to ensure the safety of train passengers and avoid damage to railway property.