PM Modi will inaugurate the Center for Brain Research (CBR) at the indian Institute of Science (IISc) in Bengaluru on Monday. He will also lay the foundation stone of Bagchi-Parthasarathy Multi-Specialty Hospital. 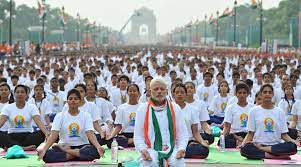 Prime minister Narendra Modi will be on a two-day visit to karnataka from today i.e. monday 20 june, during which he will launch many development projects. During this visit, PM Modi will attend the program to be held in mysore, karnataka on june 21 on the occasion of international yoga Day. This event was not being organized for two years due to the Corona epidemic. After two years this program will be in physical mode. The PMO gave this information.

During his two-day visit, PM Modi will inaugurate the Center for Brain Research (CBR) at the indian Institute of Science (IISc) in Bengaluru on monday, the PMO said. He will also lay the foundation stone of Bagchi-Parthasarathy Multi-Specialty Hospital. During this he will also visit the Dr. BR Ambedkar school of economics in Bengaluru and inaugurate the new campus of Base university and unveil a statue of Babasaheb Bhimrao Ambedkar. Here PM Modi will dedicate 150 'Technology Hubs' to the nation which have been developed by industrial transformation. He will then inaugurate and lay the foundation stone for several rail and road infrastructure projects worth over Rs 27,000 crore. 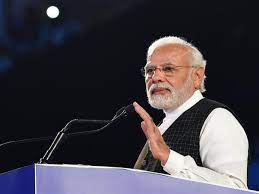 After Bengaluru, PM Modi will attend a public function at the Maharaja's college Ground in Mysore. Here he will lay the foundation stone of the coaching terminal at Naganahalli railway station. Also he will dedicate to the nation a 'Center of Excellence for Persons with Communication Disorders' at the All india Institute. After this, the PMO said that they will also visit Sri Suttur Math and Sri Chamundeswari temple on monday evening. 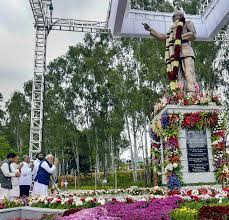 On tuesday morning, on the occasion of 8th international Day of yoga, PM Modi will take part in a mass yoga demonstration at the mysore Palace grounds. The PMO said that as part of the Amrit Mahotsav of Azadi, this program will be organized at 75 places across the country under the leadership of 75 Union Ministers. Apart from this, yoga camps will also be organized by various educational, social, political, cultural, religious, corporate and other civil society organizations and will be attended by crores of people across the country.

The PMO pointed out that since 2015, yoga day-Latest Updates, Photos, Videos are a click away, CLICK NOW'>international yoga day (IDY) is celebrated across the world on 21 june every year. The theme of this year's yoga Day is "Yoga for Humanity". This theme shows how yoga has served humanity in alleviating suffering during the COVID pandemic. 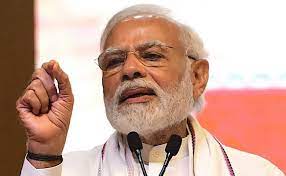 Apart from the main event in mysore, yoga day-Latest Updates, Photos, Videos are a click away, CLICK NOW'>international yoga day will also be organized by indian Missions abroad on 21st June. Sonowal said that under the proposed plan, the program would begin at 6 am local time in Japan. It will end in New Zealand. 70 countries are expected to participate in the event. Apart from Union Ministers, film and sports personalities, many people will participate in the program to be held on yoga Day.

Preparations are in full swing in karnataka for PM Modi's visit. In view of the visit of prime minister Narendra Modi on june 20 and his participation in many programs, the karnataka government has made elaborate security arrangements. Also, a holiday has been announced for many higher educational institutions coming under the PM's route. It is worth noting that karnataka assembly elections are also to be held next year. In view of this, all eyes of the central government are on Karnataka.

yoga before yoga day in muscat

Ahead of yoga day-Latest Updates, Photos, Videos are a click away, CLICK NOW'>international yoga day, the Embassy of india in Muscat organized a yoga demonstration camp on monday under the 'Muscat yoga Festival - 75 Days, 75 Programs' as part of the 'Azadi Ka Amrit Mahotsav'. minister of State for External Affairs v muraleedharan gave this information by tweeting. It is worth noting that the yoga Mahotsav, being celebrated under the Amrit Mahotsav campaign of Azadi, will have more than 75 curated yoga programs across oman in the coming 75 days from june 21, 2022.