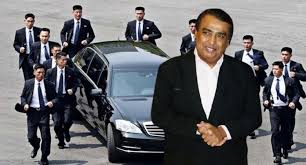 The security cover of mukesh ambani, the famous businessman and head of reliance Industries, has been increased. Till now mukesh ambani was being given Z security. Now they will be given Z + Security. Now 58 soldiers will be deployed for the security of mukesh Ambani. It is also important to mention here that mukesh ambani himself pays whatever expenses are incurred for the security cover. About 40 to 45 lakh rupees are spent every month on so many soldiers. The Union home Ministry has taken this decision after Ambani's life was threatened. 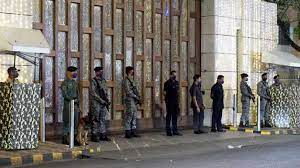 In june this year itself, a petition was filed in the Tripura high court demanding that the security of mukesh ambani be withdrawn. On this, the supreme court dismissed the petition. The central government had then said that this matter is not of any state. Let us also tell you that it was decided to give Z security to mukesh ambani for the first time in the year 2013. Then the terrorist organization Hizbul Mujahideen threatened him.