RRR is a movie released last march and directed by the great director Rajamouli. The film, starring junior ntr, ram Charan, ajay Devgn, alia bhatt, and others, received a huge response and grossed crores of rupees. The film, which was made on a budget of 550 crore rupees, collected a record of 1200 crore rupees. Also, Ramcharan and Jr. ntr were praised for their excellent performances in the film. 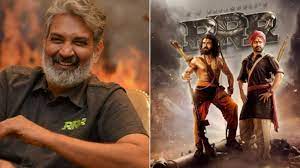 Apart from that, wishes also poured in for rajamouli who directed such a grand film. In this case, this film will participate in the competition for oscar awards. Even when the film was released, many people including the fans were saying that this film will definitely win the Oscar. In that way, this film is going to be submitted for oscar under almost 14 categories. 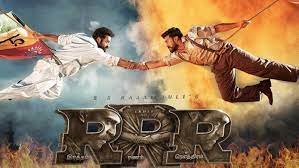 Based on that, a list has been prepared based on 14 categories including Best director, Actor, Supporting Actress, Supporting Actor, Song, Screenplay, and Editing.It is a big dream for everyone in the screen world to get this award. 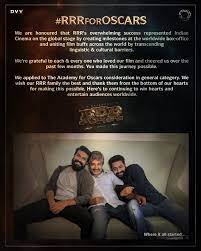 In that way, the film crew is very much celebrating as this film, which has been made after years of hard work, is heading towards Oscar. And it is strongly believed that the film will get an award in any of the 14 categories currently nominated. So we have to wait and see if this oscar dream of rajamouli will come true.