Drishyam 2 box office Collection Day 8: bollywood actors ajay devgn, tabu, and Akshaye Khanna's film 'Drishyam 2' was released in theaters on november 18 this month. The film Mein Bumper Opening Karte Hain became the second biggest opening film in Bollywood. Also, since its release, the film has earned more than 100 crores. Not only this, but ajay Devgn's film (Ajay Devgn Film) also beat the recently released varun Dhawan's most awaited film 'Bhediya' (Bhediya). Even on the eighth day of its release, the film has been trending on social media and is earning continuously. Not only this, the film earned around 7 crores on the eighth day.

Ajay Devgn tabu Film's Collection of Itna Hua Drishyam 2 The film of ajay devgn tabu Film has been continuously earning money at the box office since last year, after which the film did not see any decrease in the collection figures of the film even on the eighth day. . The film earned 7 crores on the 8th day as well, after which some of the film's earnings have reached around 150 crores, which is a very big thing.

Which film is the box office king? If we compare the collection of Varum Dhawan's film 'Bhediya' (Varun dhawan Film Bhediya) which was released this Friday, then the film made 7.5 crores on the first day, while the popularity of 'Drishyam 2' on the eighth day. did not decrease. ajay Devgan has challenged varun Vadhan, in which 'Drishyam 2' is seen to win. In this way, we will have to see which film will rule the box office in the coming time. 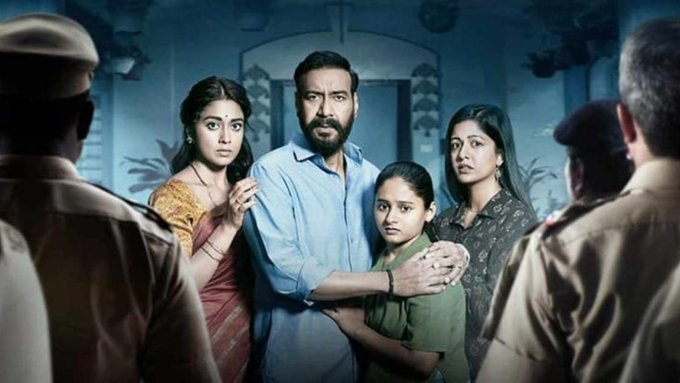