The popularity of the 2014 film Aranmanai paved the way for a series of tamil comic ghost flicks. This is the third part of an Aranmanai series that began in 2014. Five years after the release of the second picture, the third film was released. The story is the same as the first two films, with slight alterations and a different cast. Rather than killing the woman in the palace unfairly, the woman pursues the perpetrators to exact revenge. Sunder C prays in front of the large god monument and rescues the day by singing with a large group of people. Sundar C's name is ravi in this film, as it was in the previous two. 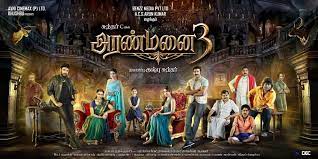 In tamil cinema, if a story is successful, it is traditional to repeat and copy the theme as much as possible. But, if you go above a certain threshold, won't it be boring? That is precisely what has occurred in this movie. Except for Andrea, Manopala, and Sundar C, all of the other actors from the previous films have been replaced. 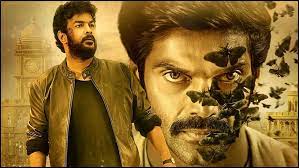 However, nothing happens in the first hour of the film to maintain the audience's attention. The time has been shifted forward by the introduction of the people, the introduction of the ghost, and the two songs. The devil is only totally consumed with a little thinking in the second part. With no surprises in the story, screenplay, visuals, or cause for the ghost, it's easy to predict how the protagonist will deal with it. As a result, the entire picture moves at a slow pace.

In the film, yogi Babu, Manopala, Vivek, and Myna Nandini team up to make people laugh. They've had some success in some regions. The film also features Arya. Suddenly, the head vanishes, and his task is completed. Arya, who acted in the film Charbatta, has such an uninspiring role in Aranmanai! There is nothing to say because the background music, lyrics, and cinematography are all the same.