PICS - Keerthy Suresh Glams up in Saree and Spices our Mood

PICS - Keerthy Suresh Glams up in Saree and Spices our Mood

The most renowned heroine in the South, Keerthy suresh, has a wide range of sartorial choices, particularly in ethnic attire. She is a saree fan, as evidenced by the fact that she shared some amazing saree photos that left us speechless. Keerthy suresh published multiple photos of herself donning an emerald green striped saree on Instagram. She grinned and twirled for the cameras, looking stunning and giving us the ideal look for the festival season.

The actress wore a green emerald sari by Kshitij Jalori with golden stripes all over that added a contemporary look. The ensemble was completed with the same identical blouse. Keerthy suresh, being the traditionalist that she is, complemented the saree look by bunning her hair with gajra, wearing a green choker, flowery studs, and a bracelet. Her exquisite style was completed with a red bindi, kohl rimmed eyebrows, and minimum cosmetics. Keerthy suresh, all gussied up, wants to dance and channel her inner madhavan in the iconic madhavan track Pachchai Nirame from Ala Payuthey. Alexa, start "Pachchai Nirame," Keerthy suresh commented beside the photos. On the job front, Keerthy suresh will appear in the new movies Sarkaru Vaari Paata and Bholaa shankar with Chiranjeevi, supporting Mahesh Babu. She also had a malayalam movie, Vaashi, in which she co-stars with Tovino Thomas. Keerthy is looking forward to the release of nagesh Kukunoor's sporting film Good Luck Sakhi. 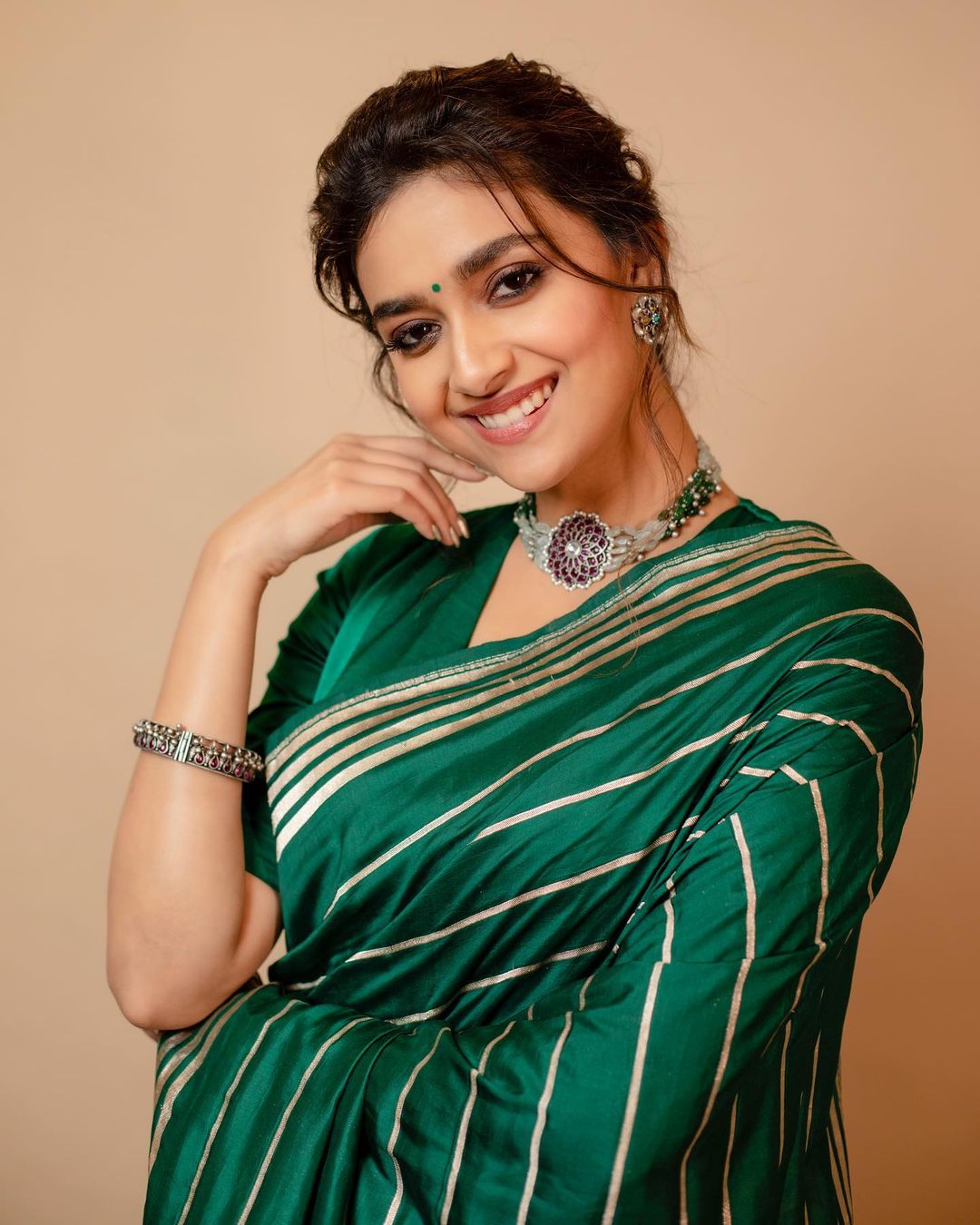