Samantha was spotted at Annapoorna studios yesterday who reportedly came in for Dubbing works.

Samantha is one of the top actresses in kollywood industry. She recently went through a divorce which had her end her 4-year marriage and 10-year relationship with naga Chaitanya. She is currently focusing on her movies to divert herself. She has signed a bunch of films for that reason and is expected to keep herself busy with movies. 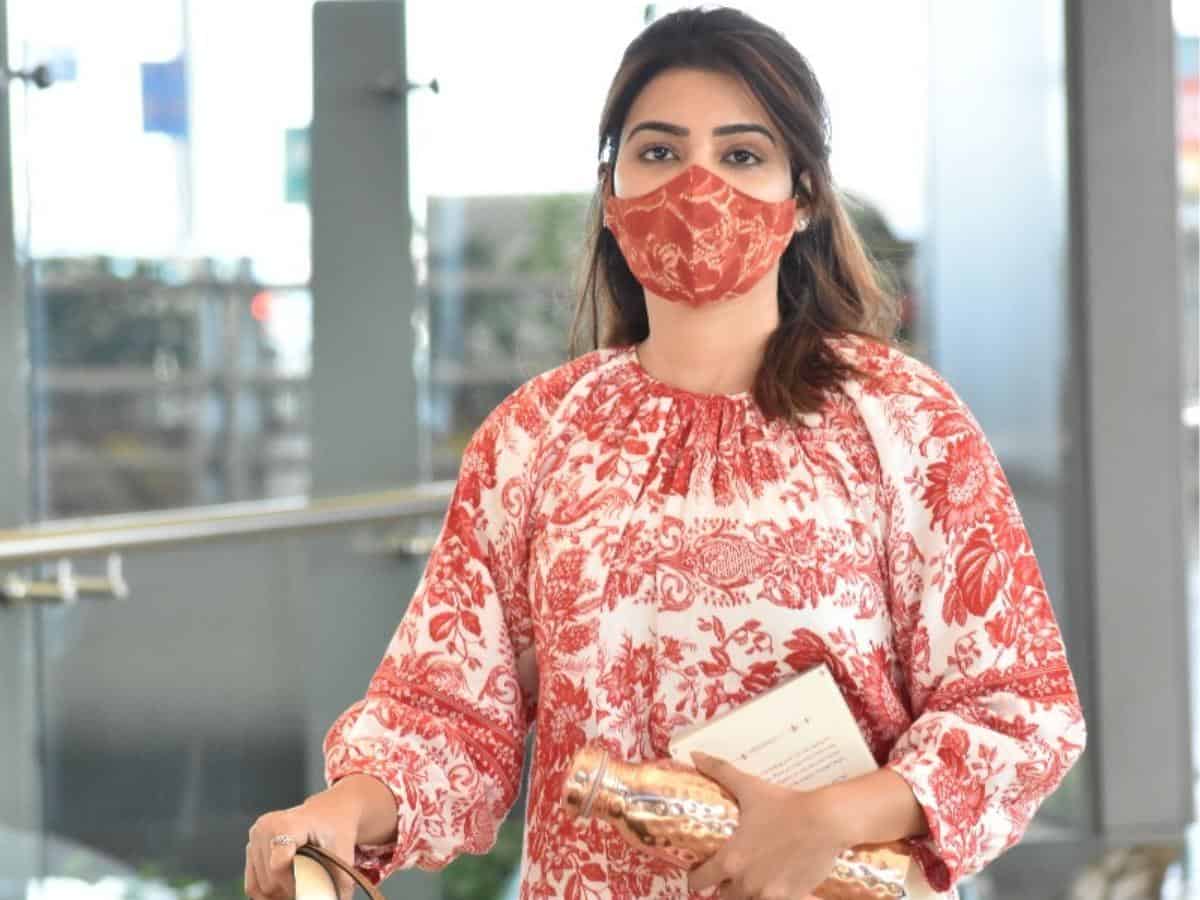 Samantha wore a face mask and stepped out of the car. After finishing her dubbing, she silently left in the car said onlookers. This is certainly interesting as sam has made a pure distinction of her professional work and personal work. Also, samantha didn't wish Chay on november 23 which has had her fans upset.