Currently, telugu movies are gaining momentum at the Pan india level. With this the market for our heroes has also grown tremendously. At a time when movies like 'Baahubali' and 'RRR' are getting thousands of crores of gross worldwide .. 100 crore share - 200 crore gross club has become the minimum benchmark.

Against this backdrop, all the tollywood star heroes are now entering the box office with the same target. All the current Tier-1 heroes have joined the 100 crore share and 200 crore gross club. However, only power star pawan kalyan has so far failed to get that mark. 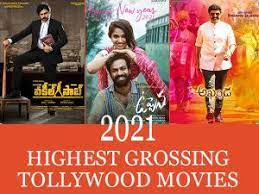 Superstar Mahesh Babu's latest movie 'Sarkaru Vari Pata' has received Rs 200+ crore gross collections. The makers have announced that SVP has crossed this mark in 12 days worldwide and set an all-time record in regional films. In 2022, it will become the biggest grosser in Tollywood. 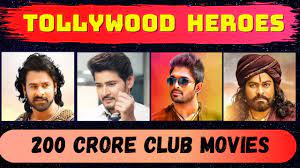 Earlier, three films starring mahesh babu like 'Shrimanthudu' - 'Bharat Ane Nenu' - 'Sarileru Nikevvaru' have joined the 200 crore club. Now that 'Sarkaru Vari Pata' has also received that mark, Mahesh has become a hero with four and a half crore movies. However, all these are regional films.

Mega power star Ram Charan has entered the 200 crore club with the movie 'Rangasthalam'. Recently received the same feat once again with the film ‘RRR’. Young tiger NTR grossed Rs 200 crore for the first time with this film. rrr movie is the fourth highest grossing indian film in the world with a collection of over 1100 crores worldwide.

Icon star allu arjun has grossed Rs 200 crore with his film 'Ala Vaikunthapuram'. The movie 'Pushpa: The Rise' which came out late last year has once again brought bunny into the same club. megastar chiranjeevi has also grossed over Rs 2.5 crore with a Pan india film like 'Saira narasimha Reddy'.

However, Pawan Kalyan, the only star hero from tollywood, could not make it to the 200 crore gross club. As well as not receiving 100 crore shares. 'Vakil Saab' and 'Bhimla Nayak', which came amid huge expectations, did not even get this mark. Pawan's craze - Star Power has already joined the club. It remains to be seen whether Pawan will cross the 200+ crore mark with his upcoming films 'Hari Hara Veeramallu' and 'Bhavadiyudu Bhagat Singh'.