Vijay Deverakonda and Ananya romancing on the beach

Vijay Deverakonda and Ananya romancing on the beach!!!

Vijay Deverakonda and ananya romancing on the beach!!! 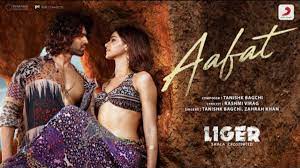 Fans are eagerly waiting for the vijay deverakonda and ananya Pandey starrer film Liger. A few days ago, the film's banging trailer was released, which took the excitement of the fans to the sky. Meanwhile, now the 'Aafat' song of the film has also been released. This song named 'Aafat' became viral as soon as it was released. The song got millions of views shortly after its release. The romantic chemistry of both is seen in this song. 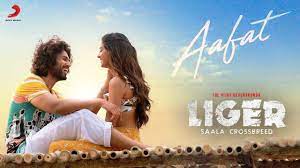 Liger will be released in all theatres on august 25. Before that, the first song of the film has been released which created a ruckus as soon as it arrives. The two can be seen romancing in this song shot by the sea. The dancing of vijay deverakonda is also a big hit in the song. Fans are showering a lot of love on the song.

Liger is Vijay's first pan-India film. Vijay's fans are quite excited about the film. These days the stars of the film are busy promoting it loudly. Millions of people have eyed this video in just a few minutes of its release.

Vijay Deverakonda and Ananya romancing on the beach!!!