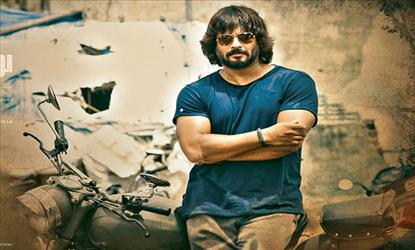 'Irudhi Suttru' is about a man. It is the story of a man who exceeds past all normal expectations and makes the most out of what he is doing. What is he doing? Boxing. Why? Watch out on the silver screen. 'Irudhi Suttru' is all about Prabhu Selvaraj who trains Madhi for Boxing. The movie is all about what barricades one has to face to succeed in sports arena. The movie has all emotions and hardships faced by a boxer. The story line is common to Bollywood, but this is something new to Kollywood. No wonder Tamil audience are gonna love it. Madhavan has just given his best performance of his career here.

Madhavan as Prabhu Selvaraj (Tamil)/Adi Tomar (Hindi) is sincere in her portrayal as a retired boxer. Ritika Singh has already done some Bengali movies. She has filled shoes of a boxer as well as actress. Her cuteness is a plus point. Nassar, Radharavi, Kaali Venkat did justice to their roles. But in the end show stealer was Madhavan and Ritika Singh. The acting of the film is another shinning point; it has many great actors in it. Especially the main actor Madhavan has made a great impression in everyone's mind by his excellent pyrotechnic acting skill. He showed the pain, frustration and exhaustion so beautifully. Ritika also gives an emotional and winning performance.

The movie is both a cinematic experience and a sports experience. The movie has given some intense passion towards the Boxing. The movie possess some realistic acting. In technical forefront, Editing by Sathish Surya deserves special mention. The editing is perfect. The cuts are so clean. There is a linear narration in the screenplay. Sathis Suriya has worked hard for making a perfect movie. Screenplay is shaky in the beginning but concludes on a high note.  Post interval shows more depth and emotions. Editor has used it beautifully. Dialogues are good and the dialect was perfect. Santosh Narayanan is proving his mettle each time. The composer is going places in short span. 'Vaa Machaney' song is the pick of the album. His background score was top-notch. Sudha Kongara's direction is sincere and honest and it comes through in the narration especially in the second half. Sivakumar Vijayan's camera tone is so beautiful. The dryness is seen in each frame. At times, when good things happen the lightings are kept in bright tone. Perfect brilliance !

The movie depicts the life of an underdog who just wanted to achieve success in his life. The script is magnificent. But except the lead actors, the rest of the characters falls flat. The character of Madhavan is a very fleshed out and fully realized character. The actors themselves do a fine job, but the characters are left a little shallow and slightly two-dimensional. The characters weren't so underdeveloped that it took away from the film, it was just an unfortunate circumstance that they couldn't be as compelling as the protagonist. But overall, the movie is a great film. The script is great and it gives a lot to a story that is relatively simple.