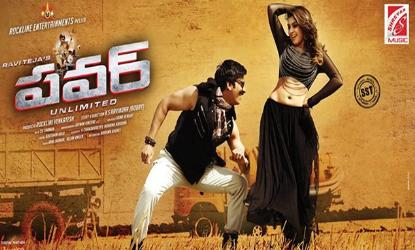 Story-wise, a wafer would be thinner. The movie is about two Raviteja (s), one corrupted ACP (Baldev) and the other is an aspiring police officer (Tirupathi). Tirupathi works with his relative S.I Animuthyam (Brahmanandam) and provides necessary leads to the cases. In the meantime Nirupama (Hansika Motwani) enters his life and he instantly liking her. In the meantime, knowing his passionateness for being police officer, Nirupama starts caring about him. One day, Animuthyam clears the dust and illuminates Tirupathi about his standard. But Jagadeesh (Mukesh Rushi) comes and provides him an opportunity to work as ACP in Calicut. On the other side “Medals kosam kadhhu currency bundles kosam panichese” strictly corrupted police officer Baldev. Who takes bribes from every one in the city. When Baldev gets to know about the Ex-ACP, he rebels against Gangu Bhai (Sampath). Then movie transform from a fake identity’s plot to a much serious and action oriented theme. I am not going to reveal the complete plot because I don’t want to kill the small thrill.

If we talk about performances, Mass Maharaj Raviteja does much better than he has recently. He nails both the characters but doesn’t quite deliver a knockout performance. Hansika Motwani has an inconsequential role; she is fiery, flaunts her earthy sex appeal & leaves a mark. Regina looks good in a song, but as a performer she lacks the support of a good script. Mukesh Rushi and Sampath are good in some parts and a pillager in other sequences. Brahmanandam, Sapthagiri and Posani Krishna Murali comedy sequences work in parts. Ajay and Subbaraju are just passable. Satyam Rajesh impressed with his cameo and Prakash Raj is fair as head of Investigating officer.

Power seems like a beautiful journey in the beginning, but no sooner you discover that the destination looks hazy, it disappoints you. The story loses its powerful punches and looks far from convincing. The wispy sequences and the poor characterizations of a few key-characters take away the excitement attached to the action-drama, traversing different states. If you overlook the storyline, the treatment is definitely similar to Operation Duryodhana, Lakshmi Narasimha, Balupu, Daruvu and Vikramarkudu. Second half action scenes, few comedy sequences and couple of songs act as a catalyst to a highly baffled storyline. Director K S Ravindra (Bobby) is patchy. There are parts of the film which are simply fine and parts which are terrible. The film tries too hard to mix a Balupu with a Vikramarkudu and fails on some level.

If only the director had worked on the script with little more interest and had done his homework properly, this commercial subject would have looked much better on the screen. Bobby should realize that the action and thrill elements would look credible only if screenplay is sound and story is logical. Director never really cares about clarifying about corruption money and what Baldev does with the wealth. Dialogues in the film are pretty routine, expect for few like “100 dial chesthe kadhu 100 kodithe vasthunnaru Police”, “Natho pettukunte burial ground ye”.. etc.

The songs by Thaman SS have two sure shot winners, Nottanki Nottaniki & Champesinde. Background score of the film is okay. Especially the background score to post interval fight is impressive. The harbor fight sequence is effective (reminds us of Vikramarkudu though), but the film drags and drags in the second half.

What if a same food is served to you every day..? You might love it in the starting, like it for few more days, but you’ll finally get bored of it. Every alternate weekend Tollywood filmmakers are serving audience with the same humdrum no-brainer commercial films, and this week’s release Power is another fledgling to the list. It has the same action, romance, plot which you have seen hundred times before in other films. The film's first half is tolerable, but the second half is sure to make you restless. The major attraction of the film is the couple of songs and the way they have been picturized. Hansika looks stunning in the song "Nottanki Nottanki".

The biggest reason why Power is a big disappointment is that there is no surprise element in the film. One could easily predict the entire plot of the film. But director Bobby can’t be blamed for this let down. He worked for a similar kind of film with Raviteja (Balupu) and was successful.

To look for mainstream plot, esthetics or treatment in Power is pointless. It is shamelessly commercial. On the whole, even if you are a big fan of no-brainer commercial entertainers, we would suggest you to watch Power on home edition.

11:29am: Raviteja concludes things in a predictable note Happy Ending..

11:15am: Prakash Raj reveals the truth behind Baldev. Jagadeesh plans the revenge.. Time for climax....

10:59am: Things again gets back to normal mode. Vaishnavi (Regina) gets away from Baldev Tirupati returns to Kolkatta..

10:43am: Things are good at the Harbour Fight turning Baldev positive. Thaman at his best...

10:27am: Champesinde track comes at a right time. Movie largely started dropping its pace. Visuals and Regina are pretty Good...

10:15am: Typical start to the flash back.. Where Ganguly and Baldev introductions are totally simple...

10:01am: Kissu Missu song is good. Totally massy. But choreography is not upto the mark...

9:47am: The fight sequence at Old City is the best scene till now. The slow motion walk Mass tho Pettukunte track in the BGM is simply awesome... .

9:41am: In the meantime Animuthyam (Brahmi) goes to arrest feroz bhai but get captured by the goon. Time for Tirupati (Raviteja) showcase his Mass angle. .

9:31am: In the meantime BK Roy resigns from Home Minister role as he failed to capture Ganguly Bhai..

9:25am: In a short time one more song Badmassh Pilla. Low on energy but picturization is slightly better than the first song. Hansika looking cute ..

8:57am: Baldev turns out to be Home Minister B.K. Roy's brother. The title BGM is just simply superb..

8:51am: Movie starts at Kolkata high court where Ganguly Bhai (Sampath) plans to escape from the police Custody. But here enters ACP Baldev...

R you guys excited? few more hours for the release of Power The Movie!

Our producer #RocklineVenkatesh about Ravi Teja!...

Rockline Entertainments : What are your expectations on Power The Movie?
Theatrical Trailer => http://youtu.be/d_XWXeQzylM
#1DayToGoPower

#Regina Cassandra : Logged into Facebook and what a pleasant surprise.. sooo happy that u guys are liking the trailer... I can't wait to see ur reaction to the movie now... #cheerstotheteamofpower..

#RaviTeja's #Power will Release in 830 screens worldwide on Friday. Although Makers are Planning to Release it in Around 900 screens, Theater Numbers will surely increase later.

Kona Venkat : Get ready to face our POWER .. The real power of entertainment !!

Block your calenders for 12th of Sep .#RaviTeja ‪#‎Power‬ The Movie hitting the screens! #4DaysToGoPower

SST @MusicThaman : My best wishes to dear director @dirbobby for his Great #dedication, #passion & sincere effort :) wish him all the #luck & Great future :)