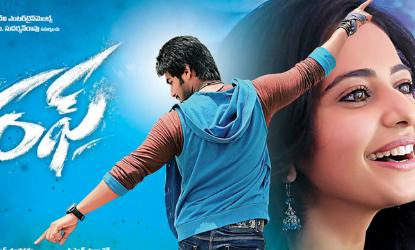 NoNoEditing,Screenply,Directions,Aadi,Rakul Preet Singh.As his mother gets cheated in love, Chandu (Aadhi) believes in motto “if we desperately love someone get married”. In a short notice, Nandini (Rakul Preet Singh) enters his life and he falls in love in the first instance. Chandu goes to Nandini’s brother Siddharth (Sri Hari) and carrying his marriage proposal. Siddharth hates Chandu, and challenges him. Unknowingly, Nandini accepts Chandu’s friendship and he tries to stalking her. Seeing this Siddharth gets frustrated with the new born friendship and tries stop every attempt Chandu pens to get cozy with Nandini. In this process, Siddharth gets to know about Chandu’s criminal background. What did Chandu do? Why did he have a criminal charge sheet? Will Nandini accept a criminal’s love? Forms the rest of the storyline.Aadi is dolefully wasted in films like this. Even in films like Sukumarudu and Pyaar Mein Padipoyaane we haven’t seen him go over the board like he did it here. With every film Aadi is digging himself a deeper hole that he will eventually fall into. Rakul Preet Singh plays a typical cardboard character in the film and she has absolutely nothing to do, except dance and expose. Comedy by Shiva Reddy and Raghu Babu failed to tickle the funny bones. Ajay and Supreet look disinterested in their roles. Late Srihari is very limited in small role. The other characters like Tanikella Bharini, Kasi Viswanadh and Suhasini just make their presence felt.CH Subba Reddy (protégé of Surrender Reddy) is abrupt and muddy. I doubt the director had in his mind the correct picture of what he intended to say in this film. His woolly-headed thoughts were visible on celluloid due to the multiple logic lapses all through the script. The lack of confidence became evident as the story advanced towards emotional depth when instead of rising to the occasion, the film maker ducked beneath needless songs and commercial changes to the storyline.

The cinematography is sharp as the cinematographers Senthil & Aruna Kumar capture foreign locals’ in the songs. The music of the film by Manisharma is a huge letdown and lacks any hummable songs which could have given it a big lift. The background score fails to elevate any scene in the film. Dialogues by Marudhuri Raja are good in parts. Like Bullet-u Rocket-u doosukuntu pothaayi chusukuntu poovu, Preminchina ammayini pellichesukuntana lena anni alochinchukoni premischali and Prathi okkadu premichali preminchaka pothe kodthanu. Fights in the film composed by four different fight masters failed horribly. Editor Marthand K Venkatesh could have easily cut short the film by 30 odd minutes. Even transitions between the scenes are not smooth. Production values of Sridevi Entertainments are fine.Rough fails to deliver in these aspects. The direction and screenplay have made proceeding so squashy, so predictable. The whole narrative and the character development are amateurish. The story is outdated, the characterizations are stereotypic and one dimensional, the acting is extremely weak. The formula of adding romance, silly comedy and over the top action in a film, doesn’t assure that it’ll be a commercial hit, this concept outdated a decade ago. All in all, Rough gives a weird sense of disappointment, the kind that you get even when you weren't expecting anything to begin with.Aadhi,Rakul Preet Singh,C. H. Subba Reddy,M. Abhilash,Mani Sharma.Rough - Tough to Handle