Modi & RSS Mohan think as one on Gyanvapi Masjid

Modi & RSS Mohan think as one on Gyanvapi Masjid!!

The legal decision on the Gyanvapi Masjid will take a few more years, so for the time being it seems that the Modi government and the bjp are making up their mind to put this issue on the backburner.

It seems that the narendra modi government has decided to adopt a dual approach on the Gyanvapi Masjid controversy. He has clearly distanced himself from the fast developments in varanasi, but he has not made any direct or indirect attempt to stop the radical Hindus' attempts to create a whirlwind over the things found inside this mosque.

In the ceremony organized to celebrate the completion of eight years of the Modi government, top bjp leaders and powerful ministers were seen keeping distance from the Gyanvapi issue. In response to a question on the legal battle going on in varanasi over the right to worship in the mosque, bjp President J.P. Nadda and home minister amit shah were seen speaking in the same tone that 'the court will decide the issue'. We can't stop him from going to court. 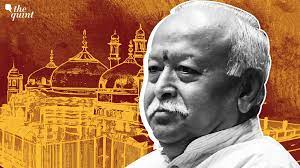 The Gyanvapi issue is gradually being fueled through the videos being leaked on social media. It has created so much heat that people have almost forgotten the inauguration of kashi vishwanath temple Corridor by prime minister Modi in december 2021. Perhaps because of this also the bjp veterans are avoiding the Gyanvapi issue.

The central government has also not said anything on this issue from any forum. It is noteworthy that Solicitor General Tushar Mehta, appearing for the Uttar Pradesh government in the supreme court against the survey being conducted inside the Gyanvapi Masjid, gave an oral statement in the court on May 17 that 'Suppose, Shivling was found at the disputed place. goes and someone touches him with his feet, then law and order problem will arise.

His statement gives an idea of what the yogi adityanath government takes on this issue. It talks about taking care of the sentiments of Hindus. That is, if there is a possibility of a Shivling in the Vazukhana inside the Gyanvapi Masjid, then Muslims should not perform the necessary action of washing feet before offering prayers there. The Uttar Pradesh government says that the supreme Court's direction to 'protect the Shivling area' will help in maintaining law and order. That is, for the time being, the Modi government and the bjp will be careful on this issue because it will take a few more years for the final decision of the ongoing legal battle regarding this.

Even RSS chief Mohan Bhagwat, while approving the government's stand, made his first remarks on the issue on june 2, asking 'why to find Shivling in every mosque?' taking the risk of angering some of his extremist supporters. Bhagwat said that the Sangh is not in favor of starting any other movement on these issues. 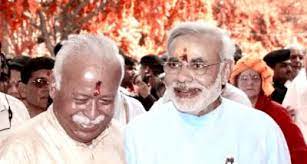 Bhagwat's statement is similar to Modi's statement given through video message to bjp office-bearers in Jaipur. Modi instructed his party leaders to "stay connected with the issue of development" and not to fall in the trap of opponents.

The whole debate revolves around one question whether the 'Places of Worship (Special Provisions) Act, 1991' is applicable to the Gyanvapi Masjid or not?

Now the matter is before the court and the conflict between 'question of fact' versus 'question of law' has emerged. Here, there is also a possibility of the 'mixed' character of the place of worship.

Many experts believe that if we look at the many court decisions on this dispute before 1947, it will appear that the management committee of Anjuman Inazaniya Masjid has approached the court in a hurry. But there is a feeling in the Muslim community that an incident like the 1992 babri masjid demolition should not happen again.

The Gyanvapi Masjid dispute is as legal as it is religious as well as political. But the Hindu petitioners are trying to divert the debate to one question, what is the religious character of this plot? If there is no clear answer to this, then how will the 1991 Act apply to Gyanvapi?