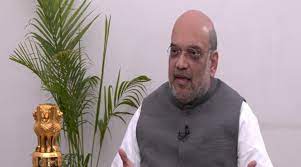 Without saying a single word about the allegations against him .. he said that he was in pain 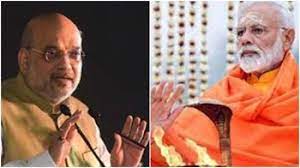 Union home minister amit shah on friday reacted to the supreme Court's clean chit to 62 people, including prime minister narendra Modi, in the 2002 gujarat Riots 2002 case. Just as lord shiva filled his throat with grief .. prime minister Modi also said that he had experienced this agony for 19 years.

Without saying a single word about the allegations against him .. he said that he was in pain. He said he had witnessed Modi's suffering up close. amit shah made these remarks in an interview with ANI news agency. 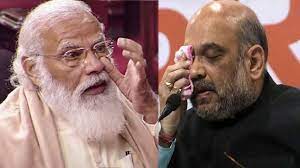 Some have poisoned the gujarat riots. Deliberately criticizing narendra Modi. But Modi has not spoken a single word for 19 years on the allegations against him. As lord shiva filled his throat with poison .. Modi also inflicted that pain. I watched very closely the agony he was going through. Not a single word was uttered as the gujarat riots case was within the jurisdiction of the courts. Unless you have a strong will .. it is not possible to be so silent. Modi is now scared of false accusations. Getting his clean chit in the case of gujarat riots is a good omen. We did not affect the SIT investigation. The investigation was conducted under the supervision of the supreme Court. The gujarat riots case has tarnished the image of the BJP. But now it is happy to be gone, "said home minister amit Shah.

In the 2002 gujarat Riots Case 2002, the supreme court dismissed a petition challenging the SIT's clean chit of 62 people, including then-Prime minister narendra Modi. The Special Investigation Team (SIT) defended the orders and once again gave clean chit to all of them. Zakia Jarri, wife of late congress MP Ishan Jafri, has approached the supreme court challenging the SIT probe into the gujarat riots case. However, the court dismissed her petition. Justice A.M. recently upheld orders previously issued by the Special Metropolitan Magistrate. The supreme court, headed by Khanwilkar, agreed. In 2002, more than a thousand people were killed in three days of riots in Gujarat. Thousands were injured.