Agnipath Violence: How is action taken against rioters?

Agnipath Violence: How is action taken against rioters?

Whatever the DM of varanasi has said for the rioters on the Agneepath violence, I wish all the officers would repeat the same thing. Otherwise, by the time the government and officials realize their mistake, it will be too late.

"During the protest against the Agneepath recruitment scheme, the damage caused to public properties will be compensated for... A total of 36 vehicles were damaged by miscreants in varanasi, causing financial loss of about Rs 13 lakh. So far we have identified and arrested 27 miscreants in this case. -  Kaushal raj Sharma : district Magistrate Varanasi

Like all other cities of the country, varanasi in UP also came under the grip of violence against the Agneepath scheme. But the district administration did not delay in identifying and arresting the rioters. We have come across 27 such names who have caused damage to public property. The varanasi district administration has said about those who created riots against the Agneepath scheme that now damages will be collected from these people. Let us tell you that on june 17, 100-150 miscreants targeted buses and other vehicles against the Agneepath scheme by pelting stones and sticks and breaking their glasses, headlights and seats. As for the loss, this petty act of rioters caused a loss of about Rs 4 lakh to varanasi Roadways and Rs 9 lakh to varanasi City Transport services Limited. 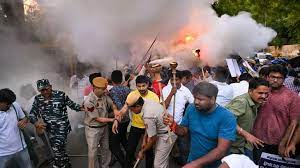 In view of the matter, if the arguments presented by the administration are perused, apart from the names and photos of 27 persons who allegedly committed violence and sabotage, their videos are also present as evidence. In the name of Agneepath scheme, the varanasi district administration has not only become strict but has also set an example. 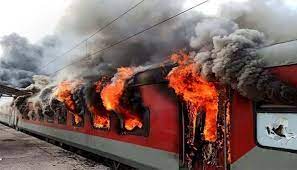 All those people who were accusing the chief of the state yogi adityanath of turning a blind eye and watching the spectacle silently, they have to understand that the law is never selective. The one who is guilty gets punished, no matter what caste, religion, creed, class or ideology he comes from. 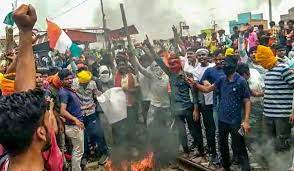 Because in this era of violence against the Agneepath scheme, a big initiative has been taken from varanasi in UP. So now whether it is other cities of UP or different states of the country. The district administrations of all the places should not only follow this example set by the varanasi district administration, but with immediate effect should give the strictest punishment while wearing it. 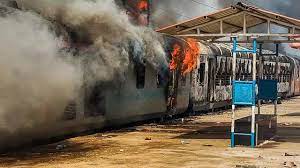 The topic is very simple. Just as with every passing day new cases of violence are coming to the fore. Like the glasses of buses and trucks are being broken. The railway station is being damaged. The tracks are being uprooted. train bogies and vehicles of common people are being set on fire, this is happening because the administration is not strict and the police is trying to persuade the protesters. 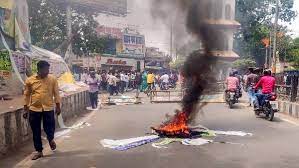 Public life is being affected by the activities of the rioters who took to the road in protest against the Agneepath scheme and since the matter has now come to damage the property, property of the nation in the name of protest, then we will definitely say that Whether it is the police or the district administration, if it is really serious about law and order and wants peace to be maintained, it should be fair and file a case against the rioting protesters under serious sections like sedition. 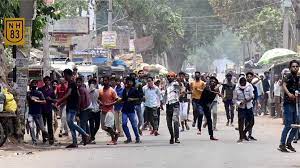 Round because the bulldozer is of justice. And because of this, UP chief minister yogi adityanath is getting fame. So the district administration in different cities should trample the house of every person who has done any such activity with the intention of harming the country, which neither the law nor the constitution allows. 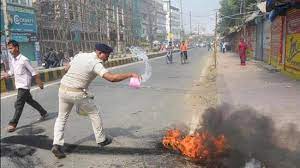 The way 27 people have been held responsible for the violence in the name of demonstration in varanasi, there is a hope that a person may harm the country by taking the form of a mob, but despite making lakhs of efforts, he cannot escape from the eyes of law. . In the end, we will just end our talk by saying that whatever the DM of varanasi has said for the rioters on Agneepath violence, I wish all the officers repeat the same thing or else by the time the government and the officials realize their mistake, it will be too late.