Milky siren Tamanaah Bhatia is making the most of the publicity surrounding her most recent flick, "Babli Bouncer," by taking every opportunity to dazzle the people with her endearing charms. Even though the movie hasn't received great reviews, the actress makes sure to heavily promote it at every other occasion. In a similar vein, she is similarly marketing her Netflix movie "Plan A Plan B." The actress was out in full force today to promote Plan A Big B, in which she co-starred with Ritesh Deshmukh, and she wore a seductive black and pink dress with a deep neckline. She made sure to outshine the large rose on her dress and the real roses nearby as she flaunted her great curves in this lovely ensemble. It goes without saying that Tamannaah's delicious presentation has increased interest in both the dress and her beauty. Regarding telugu movies, satya dev plays the lead in the milky siren's forthcoming telugu movie, "Gurthunda Seethakalam." Even though the film's release date is uncertain, Tamanaah has reportedly been paid a bomb—nearly Rs 1 crore—to sizzle with this up-and-coming hero. Despite this, insiders in the movie business claim that she has failed to appear for movie promotions. 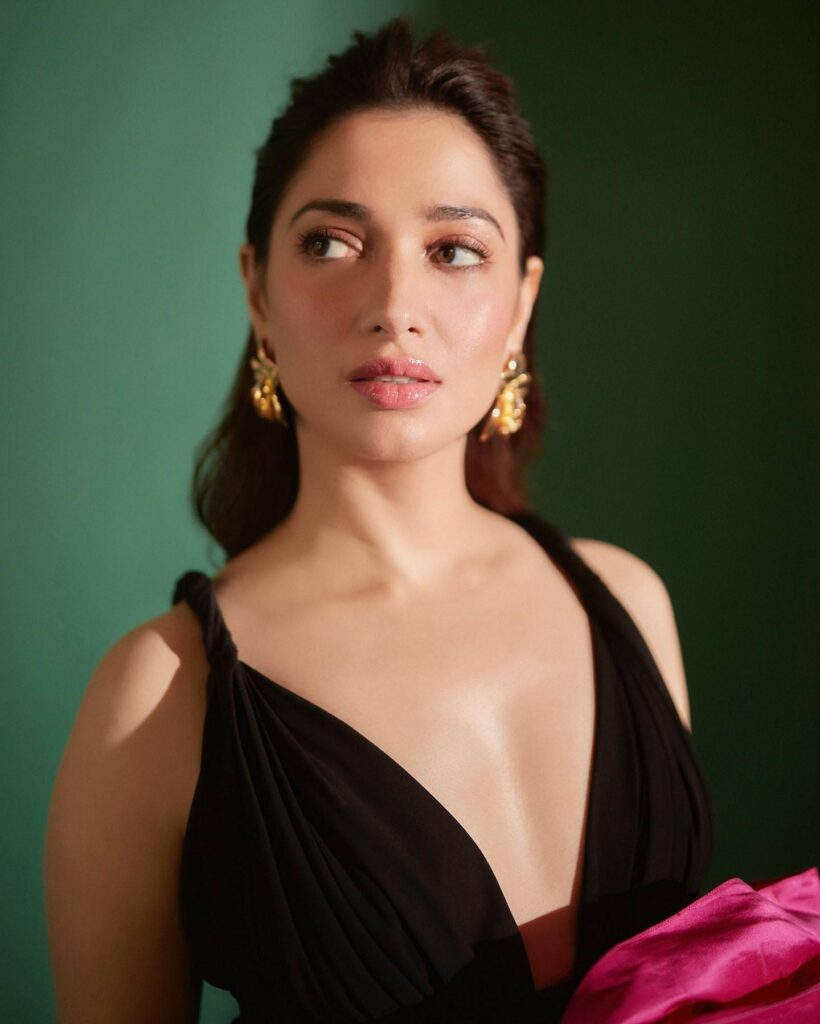 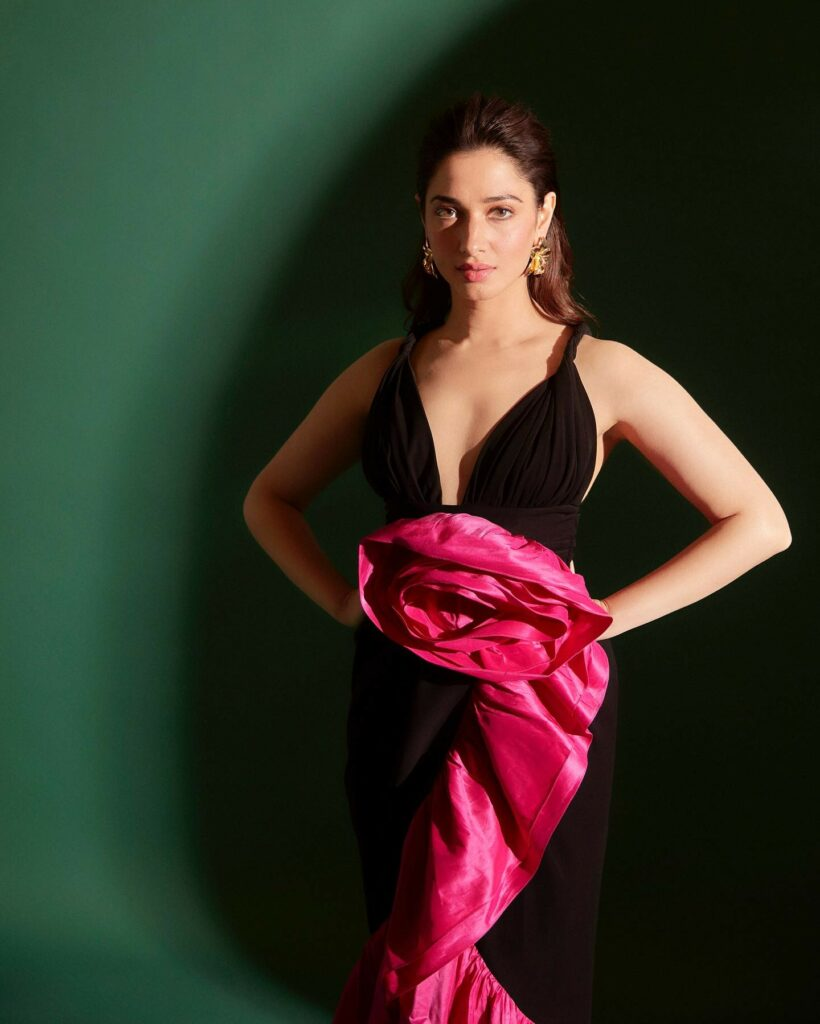