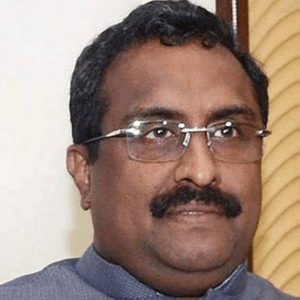 Varanasi Ram Madhav is an Indian politician who served as the National General Secretary of the Bharatiya Janata Party. He was a member of the National Executive of the Rashtriya Swayamsevak Sangh and has authored few books. His latest is Uneasy Neighbours: India and China after Fifty Years of the War.