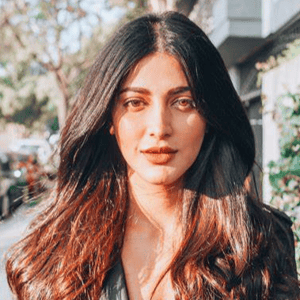 Shruti Haasan is an Indian actress and singer who works predominantly in Telugu, Tamil and Hindi-language films. Born in the Haasan family, she is the daughter of actors Kamal Haasan and Sarika Thakur.As a child artist, Haasan sang in films and appeared in a guest role in her father's directorial Hey Ram , before making her adult acting debut in the 2009 Bollywood film Luck.