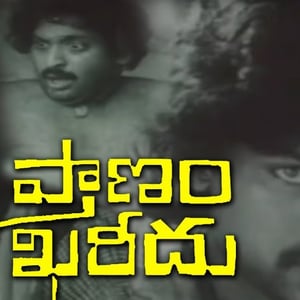 Pranam Khareedu is a 1978 Indian Telugu language film. It starred Jayasudha, Rao Gopal Rao, Chandra Mohan, Chiranjeevi, Reshma Roy, and Madhavi in a guest appearance. The film released on 22 September 1978. The film is based on a play written by C. S.