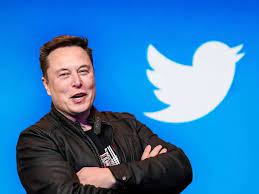 After restoring the suspended twitter account of former US President Donald Trump, Elon Musk has made another big announcement. Musk has decided to reinstate all suspended twitter accounts after just one apology. For this, Elon Musk had conducted a survey. In which people were asked whether twitter should offer a general amnesty to suspended accounts, provided they haven't broken any laws?

Elon Musk wrote on twitter, 'The public has given its opinion. So now we will start 'general amnesty' for other suspended accounts. This amnesty is starting from next week. Let us tell you that earlier Musk had conducted a survey to restore the suspended twitter account of Donald Trump. On twitter, 51.8 percent people agreed with Trump's return, while 48.2 people voted against him. After this, Elon Musk removed the ban from the twitter account of the former US President.

Elon Musk is making new changes in twitter every day. As soon as he took charge of the company, he had shown the way out to the top officials. Then $8 was announced for Twitter's blue tick and verification. However, this announcement has become a sore throat for Elon Musk. Because of which the $8 Blue Tick Verification process has to be temporarily stopped. Musk has said that in the coming times, verified badges of different colors will be given to different categories of users.

Elon Musk has expressed concern about fake accounts. Elon Musk has said, 'The relaunch of Blue Verified is being stopped until we are fully prepared to stop fraud. It is possible that in the coming times, different colored ticks or badges will be given to differentiate the personal accounts of people and the accounts of organizations.