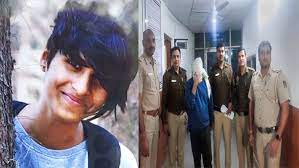 In the Shraddha murder Case, a new revelation has come to light with the dna of the bones found from the forests. The police have identified the wood that came to Aftab's house after Shraddha's murder. Soon he will also be questioned. At the same time, the police are also surprised to know the profession of the girl.

Actually, even after the murder of Shraddha Walker, Aftab used to chat with girls on the dating site. During this time a girl also came to meet him. This was disclosed by Aftab himself. Since then, the police was trying to trace the girl who reached Aftab's house, which has now been revealed. delhi police has identified the girl, the girl is a psychiatrist by profession.

Police engaged in information by contacting the girl

Delhi police is now engaged in contacting the doctor woman who reached Aftab's house. The police can soon call the girl and interrogate her. The police is likely to get some lead by talking to the girl. Till that time the pieces of Shraddha's dead body were kept in the fridge.

Another big revelation has come out in the police investigation. It came to know that Aftab did not kill Shraddha out of anger. He was already planning to kill her. Aftab wanted to kill her in Himachal and to dispose the dead body. For this, he also searched for a place in Himachal, but could not execute the incident there.