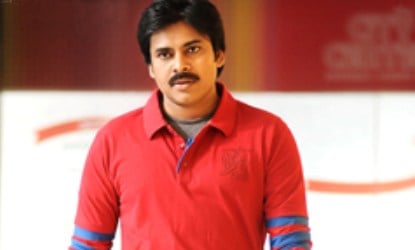 Gowtham Nandan (Pawan Kalyan) is a grandson of multi billionaire Raghu Nandan (Boman Irani) in Milan, Italy. To complete his grandfather’s wish, Gowtham comes to India with a gang. On the Other hand Sunanda (Nadhiya) daughter of Raghunandan gets separated from the family due to love marriage with Rao Ramesh. From the word go Gowtham aka. Siddhu starts helping Sunanda family and business issues. But thing turns around when Sunanda plans to make Prameela (Pranita) and Shasi (Samantha) get married to Siddappa’s (Kota Srinivasa Rao) family. Who will marry Gowtham Nanda ? Will Raghu Nandan see his daughter before his last breath ? Did Gowtham Succeed in his master plan to bring back his Athayya forms rest of the story line.

Powerstar Pawan Kalyan reached to a state that anything he does is style and anything he sets is trend... Rajanikanth was the only person to achieve this feet before. In all movies so far... Pawan Kalyan did Action, Comedy, His trade mark witty dialogue delivery, Stylish Romance and Innocent Story Telling, Folk Dance. You get to see Pawan doing all of his best together in this film. He did very well in his character. He excelled a lot in the sentimental scenes. Pawan Kalyan repeated feminine scenes, which was not so apprehensive.

Lead actresses selection could have been better. Pranitha Subash needs to work on her dumb expressions... She never appeared as Heroine next to Pawan. Samantha Ruth Prabu is alright in her performance. She has very limited character to play in this film. Nadia stands out with first class performance in the title lead. M.S. Narayana, Ali & Bramhanandam succeeds in providing laughs. Boman Irani is okay in his character, but director failed to elevate his performance with nice character arc. Kota Srinivasa Rao has very less role to play in his unfinished character. Rest of the characters provide necessary support to the main leads.

The story is not unusual or fresh, but the script certainly is. Trivikram has shown that with a fine story and a dependable script, a competent film can be made with a Powerful actor. In a way his screenplay is the real winner in the first half, but you will start finding it dragged post interval.The second half of the film is not dealt well, but has few comedy blocks in the middle. The flashback episode is pretty casual. The last fifteen minutes of the film is good during which the sentimental scenes come in. Trivikram tried to elevate “Boothu thappu ani chepthoo chupinche vadini kottali” with Ahalya Aammayakuralu skit scene, but he took major time to establish the scene, Later added Katama Rayuda song without any sense of situation. Trivikram even failed to conclude Siddappa’s character in the end.

Trivikram shows his art as a writer with the dialogues touching both the extremes, the witty Pawan mark to the heart stirring variety. He has also been greatly assisted by the superb camera by Prasad Murella to capture his trademark closeup shots... However Prasad disappoints to canvas the DSP's kewl music. Editor could have used his scissors further more in second half. Music composition of Devi Sri Prasad is alright, By-The-Way: This may be one of the best Re-Recording [Back Ground Score] by DSP. Fights are choreographed well, It is just the introduction fight is way above common audien understandability. Production Values from Sri Venkateshwara Cine Chitra are grand.

Whether you feel the leak will end up hurting the success Atharintiki Daredi in the long run. Leak will effect, only if those who have downloaded the film end up seeing it in mobiles & DVD and stay waiting for its second half print. As a high budgeted film releasing after a gap of two months movie has large seethe in Tollywood, people will obviously come forward to check out Pawan Kalyan - Trivikram, who has given super hit Jalsa in their earlier attempt. The leak and the associated far-flung press coverage serving as a useful promotional tool for Pawan Kalyan’s Atharintiki Daredi.

Trivikram etched a perfect - the perfect role & charecterization for Power Star Pawan Kalyan [PSPK]. The whole movie is certainly a feast for all Pawan fans. Attarintiki Daredi is a pure family entertainer with all the heroic elements injected without confusing audience. Oh - Yeah, There is a bit of dragging to balance out the family entertainer with all heroic elements. But Youth & Families both would like this movie by-en-large. The movie could have been further crisp in the second half and further story line to tell during the second half. Also, Hoped the songs to get picturized better and action episodes were trimmer and Comedy would have been further smooth rather appearing as injected forcibly. But overall... We should appreciate Producer BVSN Prasad, Hero Pawan Kalyan & Director Trivikram for thier attemp of a CLEAN FAMILY ENTERTAINER with a star like Pawan Kalyan, trust me it pays off. Had Trivikram taken further care about few aspects the movie would have beaten Gabbar Singh.

Those who’ve seen its first half and have become even more curious about the final product, will be happy with the project. On the whole Atharintiki Daredi a well-made film which is sure to go well with Pawan Kalyan fans and family audience. Go for it. It’s a clean family entertainer.