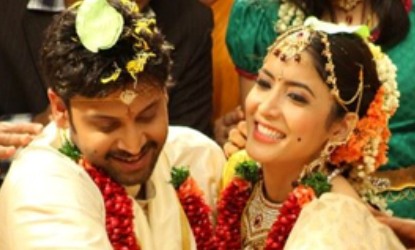 A typical subject, the film starts with Bullabhai (Sumanth) who is failed in 10th class 14 times. Plans to pass this time with the help of his cousin, but inspection squad fails him in his attempt. Neelaveni (Pinky) comes to India, to get married to Indian guy. But after 15 Pelli choopulu Neelaveni fails to get impressed. To get her freedom back, she plans to get married to Bullabhai who is innocent and return back to USA to find a perfect partner for her. In her search she gets impressed with an Indian doctor Shravan and gets engaged with the permission of Bullabhai. The rest of the story is all about how Bullabhai with his friend Ammiraju (Tagubothu Ramesh) make Neelaveni find her true love.

Sumanth Akkineni is fine in his role. He looks very raw. He did well within his capabilities. Savika Chaiyadej failed to impress with her character, she needs to work on histrionics. Comedy by Thagubothu Ramesh, S.S.Kanchi, Chaitanya is inane. Annapurnamma did the role of hero’s grandmother, she is okay. Harsha, Shyamala have limited roles to perform. Rest of the characters are adequate in their characters.

Chandra Siddhartha has been involved in the making of a message-oriented film for some time. This time, like in 2004 when he came with his hit Aa Naluguru, it seemed that he is coming with an experiment. But there is nothing big to say about this film. Chandra Siddhartha made a film out of a superannuated and obsolete concept. The story of the film is narrated in rinky-dink style. The background score was good and two songs have been done well. Costumes did not have much work to do. Editing could have been better in the second half. Dialogues in the film are okay. Production values in the film are rich.

Chandra Siddarth is known for his social themes through the films Aa Naluguru, Andhari Bandhuvaiya and Madhumasam. The first fifteen minutes of the film is fine. The film is bad in the first half. Second half is equally bad. The film has inspirations from Singh is King, Bhadradi Ramudu and Namo Venkatesha in the scenes. Movie is too dramatic for modern day audience. The film goes very slow throughout. Although the starting scenes appear to have been interesting, eventually the film turns slow and bore.

There is no point in mincing words, director Chandra Siddhartha is a blatant example of irresponsible filmmaking.