Affair is going to be revealed 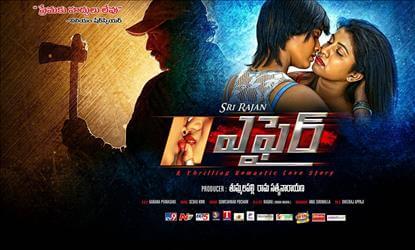 'Affair' is going to be revealed

The Audio of 'Affair' is all set to be released soon. The movie features stellar cast of actors like Sri Rajan, Prasanthi, Geetanjali, Dhanraj, Rakesh, Sai Raj, Shani Salmon, Pucha Ramakrishna, Haritha, Phani and Sampath. We hear from reliable sources that post-production work has also been wrapped up.

"I got inspired by bold films which were made with different concepts by Bollywood film makers like Mahesh Bhatt and Ektha Kapoor. ‘Affair’ is being made with that inspiration.