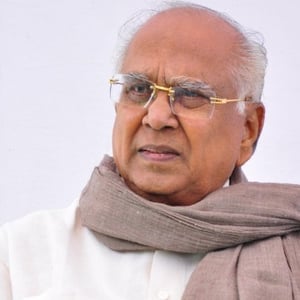 Akkineni Nageswara Rao, widely known as ANR, was an Indian film actor and producer, known for his work predominantly in Telugu cinema. He starred in many landmark films in his seventy five-year career, becoming one of the most prominent figures in the history of Indian cinema.