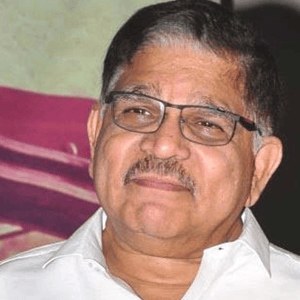 Allu Aravind is an Indian film producer and distributor in Tollywood. He produces films under his production banner Geetha Arts. He is one of co-owners of the Indian Super League club Kerala Blasters FC. Aravind is the son of Telugu actor Allu Rama Lingaiah.