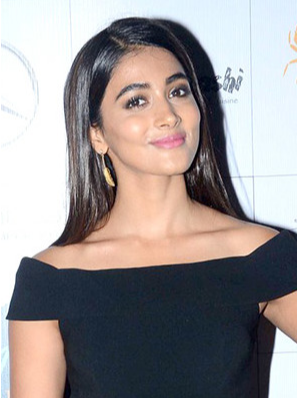 Pooja Hegde is an Indian actress and model who appears predominantly in Telugu and Hindi films. She was crowned as the second runner-up at the Miss Universe India 2010 competition. She made her debut in Tamil film Mysskin's Mugamoodi. She made her Telugu film debut alongside Naga Chaitanya in Oka Laila Kosam. W