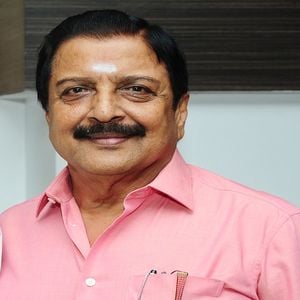 Palaniswamy, better known by his stage name Sivakumar is an Indian film actor and visual artist who has portrayed a wide range of leading and supporting roles onscreen in Tamil cinema and television. He made his acting debut in A. C. Trilogchander's Kakkum Karangal. He has acted in over 190 movies in Tamil. He is also ambidextrous.