China's security forces are fully prepared to stop the demonstrations, and mobile phones are being searched

Demonstrations against China's COVID-19 restrictions have given hope to supporters of the pro-democracy movement in hong kong, which was virtually crushed by the authorities in 2020 with a tough national security law. The Communist party of china may have relaxed some rules under the pressure of demonstrations against Kovid-19 across the country, but it does not want to spare any effort in ensuring the security of the regime. The government has been preparing for such challenges for decades, setting up the necessary machinery to quell that massive upheaval. Police and paramilitary forces ramped up the city's streets on friday in a massive show of force with jeeps, vans, and armored vehicles after initially responding mildly using pepper spray and tear gas. As well as checking citizens' IDs, officials also searched people's mobile phones for photos, messages, or banned apps to identify dissidents. She appeared to be involved in their participation in the protests and the identification of people who were merely sympathizing with the protesters. An unknown number of people have been detained. It is not yet clear whether any of them will face charges. Most of the protesters focused their anger on the zero-Covid policy, but some also called for the party and President Xi jinping to step down, which the ruling party sees as subversive and suitable for the punishment of years in prison. 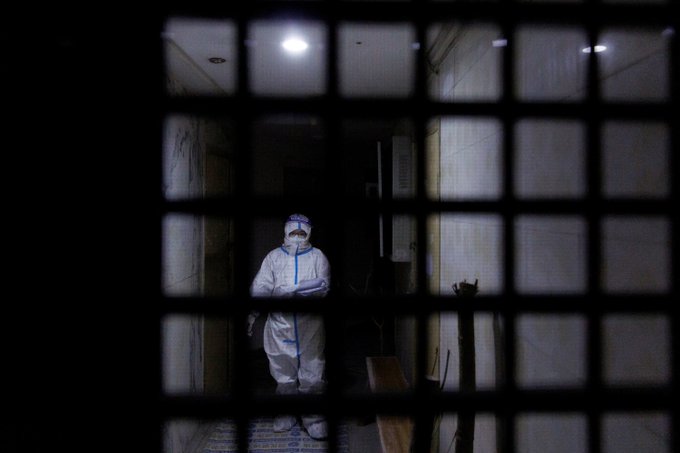 Demonstrations against China's COVID-19 restrictions have given hope to supporters of the pro-democracy movement in hong kong, which was virtually crushed by the authorities in 2020 with a tough national security law. Among those watching the demonstrations in china with hope is Thomas Sou, who joins about a dozen of those students from mainland China. At the same time, there are some people in hong kong, located on the southern coast of china, who do not sympathize with the demonstrations taking place on the mainland. Some say mainland Chinese who condemned the pro-democracy protests in hong kong are taking bitter medicine.