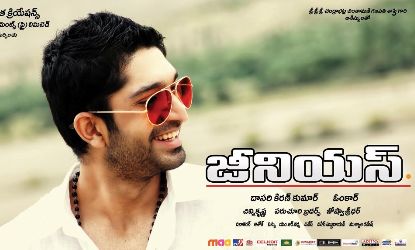 
What Is Good: Dialogues, Brahmanandam comedy, Second half, Cinematography.
What Is Bad: Un-situational songs, Screenplay, Music excluding background score, Lead pair.
Boring Scenes: Entire first half, Songs.
Watch It Or Not ?: Brave attempt by omkar, if you won’t mind watching a " sincere message " oriented film, go for it.

Havish, Ashwin babu, Vinod are close friends from childhood. These three young men are serious and crazy for politics, cricket and movie's respectively. Havish wants to make Pradeep Rawat as MLA, Ashwin likes, his friend [Adarsh] and does anything for him and Vinod is mad follower of Chinna babu [Master Bharat]. Suddenly these three friends come across few situations which totally turns their life up and down. What are those situations ?, how did they get out of those situations and handled them ?have to be see on silver screen.

Havish has improved his performance when compared to his debut film 'Nuvvila', yet far from ok. Even though more importance is given to his character, he could not utilize it properly in this movie . He couldn't give good expressions at crucial scenes. Brahmi special comedy episode is hilarious specially his dance steps to Chiru and Pawan songs will stay in audience minds. Suman as hero father looked apt in brahmin getup, he was not utilized properly. Sarath kumar as senior police officer made his presence even his portion is short. Kota Srinivasa rao and Annapoorna did perfect justice to their role, their performance will break you into tears. Master Bharat, Krishna Bhagawan, Venu Madhav and Thagu bothu Ramesh managed to bring few laughs in theatre .

Though Omkar failed in story narration of first half with confusing plots, he gained control over the movie with way he canned second half. Dialogues which are inked by Paruchuri Brothers and Chinni Krishna are outstanding. Especially dialogues in second half and climax will make audience think for a minute, how dangerous idolizing celebs can be & affect you. Cinematography by Diwakaran Raghunath did a fabulous job with songs, every scene looked fresh and rich like a big star film. Joshua Sridhar background score is awesome, it helped more than hundred percent to elevate the emotions and seriousness in the film. His songs were one time watch and listenable. Editing by MR Varmaa could be better, Vissu screenplay especially in first half is horrible and production values looked grand.

Omkar who excelled small screens reality shows, proved that he has potential to handle main stream movies too with this film and he is here to stay. He had showed the guts and craze to come up with a message oriented film, pushing aside present trend of commercial entertainer films. Audience who buys a ticket with curiosity to see what Omkar has done in this flick will be surprised with good work. First half of the film is boring with confusing multiple story plots, un-situational songs and couple of kidnap scenes. Brahmi’s comedy episode, hot item song by Scarlett, introduction scenes of Suman and Sarath Kumar are only things which makes audiences stay in theater during first half.   Film phase picks up from second half with Havish giving a live police interrogation. Omkar directional skills can be sensed from second half to climax. Experience and maturity in dialogue writing of Paruchuri Brothers can be clearly sensed in this film. Fight scenes at pre-climax and climax are shot perfectly. If Omkar has taken little more care in presenting the first half of the film, with the same way he handled second half, Telugu film industry could have got a talented director.