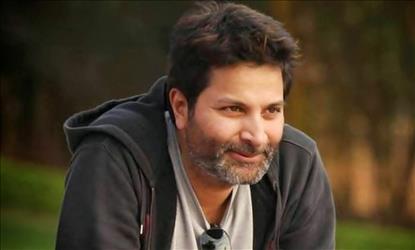 Few days ago we have published a news about Trivikram and Senior director Rajeevan locking horns on the sets of Nithin's A..Aa (Anand Vihari Vs Anasuya Ramalingam). The makers have tried their best to convince both of them to work together but that did not work out. Trivikram was rigid on his stance about not working with him any longer.

The makers have no out and brought in another Art director, AS Prakash in his place and the shooting is now resumed. A..Aa comes with a tag line "Anasuya Ramalingam Versus Anand Vihari". The film already created a huge interest in audience and trade. Nithin will be seen as Anand Vihari while Samantha as Anasuya Ramalingam.

Premam fame Anupama Parameshwaran is playing the second heroine in the film while this marks her Telugu debut. The movie shoot is planned in non-stop schedules and the makers are targeting February 14th, 2016 release as Valentines day Special. A..Aa is the  third movie for the director in the same banner and this is the third venture for the producer Suryadevara Radhakrishna, who made 'Julayi' and 'S/o Satyamurthy' under the same Trivikram, which're back to back stupendous hits.