Janhvi Kapoor: janhvi kapoor will be seen sharing the screen with father boney kapoor, who will be seen in this project 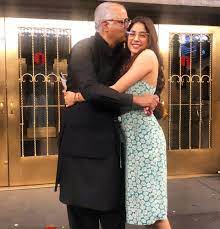 Actress Jhanvi Kapoor is currently in discussion about her film Goodluck Jerry. His film will be released on the OTT platform. Recently its poster was also launched. Janhvi is looking scared. Right now the actress is busy promoting this film, meanwhile, information is coming out that she will work with her father boney kapoor on the upcoming project. According to the information, the pair father and daughter will be seen sharing screen space together.

According to media reports, janhvi kapoor is going to be seen in an advertisement with her father boney Kapoor. This will be the first time that the father and daughter duo will be seen together on screen. It is known that soon it will be shot in mumbai itself. 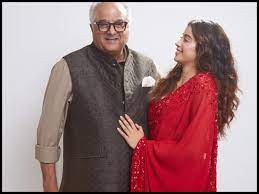 Actress janhvi kapoor will also be seen in the film 'Mili', which is being produced by boney Kapoor. According to the information, its shooting has also been completed. According to the information revealed, actor Sunny Kaushal is going to be seen with Janhvi in the film. Talking about Goodluck Jerry, this film can be seen on Disney Plus Hot Star.

After making boney Kapoor's debut as a producer, now he is also going to debut in acting soon. He will be seen starring in Luv Ranjan's upcoming film. At the same time, Shraddha Kapoor and actor ranbir kapoor will be seen in the lead role. Recently both were also spotted together during the shoot.