According to the health Department of the delhi Government, the infection rate has been recorded at 17.85 percent on Monday. At the same time, the number of active patients has increased to 7484. 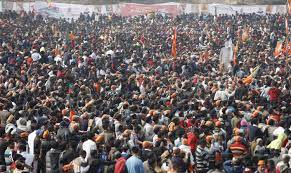 According to the health Department of the delhi Government, the infection rate has been recorded at 17.85 percent on Monday. At the same time, the number of active patients has increased to 7484. A few days ago this figure was less than five thousand. The number of patients admitted to hospitals has also increased from three percent to 5.21 percent. With this, the containment zones have also become 242.

Regarding this, Dr. Suresh of Loknayak Hospital says that the increase in infection rate is worrying, but there is no need to panic. Because, the infection rate is increasing, but patients are getting mild symptoms, which are cough, cold and fever. Patients do not have severe symptoms of corona. Because of this people need not panic. However, people have to be careful. Because, even in the midst of increasing cases of corona, people are not following the corona rules. Because of this, the cases are increasing continuously. In such a situation, people will have to take physical distance and other precautions with the use of masks. This can prevent the infection from spreading.

At the same time, according to Dr. Jugal Kishore, Professor, Department of Medicine, Safdarjung Hospital, the cases of corona are increasing, but only mild symptoms are being seen in the patients. If someone has symptoms of corona, then after getting the test done positive, he should isolate himself.