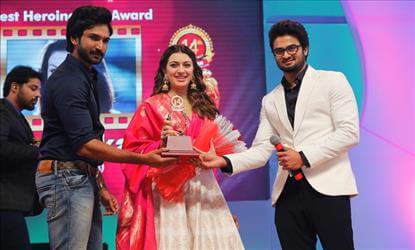 Santosham Film Awards is one of the most prestigious South Indian Film Awards event and it took place in Gachibowli Stadium on 14th of August. Various awards were presented to different actors who excelled in various categories of awards. This event was attended by prominent celebrities in the industry.