Hansika Motwani Had a Blast With Her Bridesmaids

Hansika Motwani Had a Blast With Her Bridesmaids!!!

Hansika Motwani's bachelor party with the girl gang, the actress was seen enjoying in Greece

Hansika Motwani Bachelor party: Hansika Motwani's pre-wedding functions have started. Meanwhile, the actress was seen enjoying a bachelorette party with her friends in Greece. Some glimpses of this have been shared by Hansika on her official instagram account. 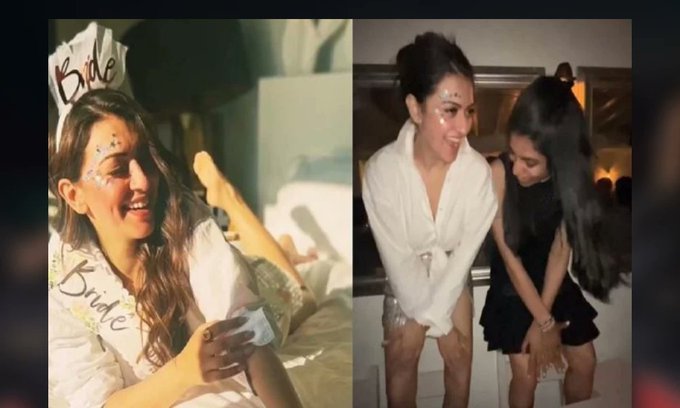 Hansika Motwani Bachelor party: South actress hansika motwani is going to be a bride soon. She is going to marry her fiance Sohail Kathuria. Earlier, the actress enjoyed her bachelor party (Hansika Motwani Bachelor party) with the girl gang in Greece. Some glimpses of this have been shared by Hansika on her official instagram account. Hansika posted a video on instagram and called it the 'Best Bachelorette Ever. In this clip, apart from Hansika, there were many of her friends including actress Sriya Reddy. 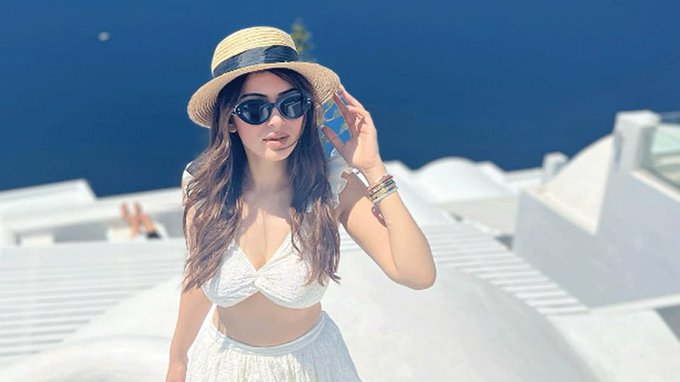 Hansika Motwani has shared some glimpses of the bachelor party with her fans. In this video clip, she is seen wearing a silk dress and standing with her back toward the camera. She swept her hair to one side to reveal the word 'bride' written on the back of her dress. The clip also shows glimpses of the bridesmaids wearing their customized dress robes. Phillauri's song 'Din Shagna Da' is playing in the background of the video. 'Best Bachelorette Ever' also appeared in the video.

While sharing the video, hansika motwani captioned, 'Best Bachelorette ever (woman with veil, ring, glitter, and bottle with popping cork emoji). #blessed with the #best (red heart emoji).' Reacting to the post, her friend tanvi Shah wrote, 'Can we go back?' Hansika replied, 'How can I say.' Sariya wrote, 'Best!!!!!'

Significantly, hansika motwani and Sohail Kathuria (Hansika Motwani-Sohail Kathuria) are going to tie the knot on december 4, 2022. Whereas Hansika's pre-wedding functions like Mehendi and Sangeet rituals will start on december 3. Sufi Night will also be organized on december 2 before the wedding.