This Man sold his Newborn Girl Baby in exchange for Cash 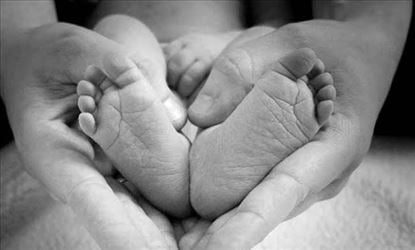 This Man sold his Newborn Girl Baby in exchange for Cash

As per report a 38 year old daily wage worker was arrested in tirunelveli district on wednesday, after he illegally sold his new born girl baby to a childless couple for Rs.1.8 lakh. Meanwhile soon after selling her off, the father Yesuirudhayaraj went on to get completely intoxicated and bought a gold chain for the twin brother of the infant he had just exchanged for money.

Furthermore Yesuirudhayaraj and his wife Pushpalatha are both residents of Arugampatti village in Vikramasingapuram and were parents to two girls and one boy child. Earlier on november 8, Pushpalatha gave birth to twins a boy and a girl, but Yesuirudhayaraj, unhappy with the birth of yet another girl, decided to sell her while keeping the male child. Further he conspired with three brokers Selvam, Nellaiappar and Kannan to sell the child to another couple in tirunelveli who were willing to illegally adopt her for a fee. Accordingly an amount of Rs.1,80,000 was decided on by the men, according to the police. Meanwhile Yesuirudhayaraj took Rs.one lakh, the brokers split Rs.80,000 amongst them.

The official said "While Yesuirudhayaraj claims his wife knew what his plan was, she has denied any knowledge. They had a public fight in the hospital and a nurse there informed Childline, leading to action". Moreover after receiving the complaint, police had arrested Yesuirudhayaraj, the middlemen and the man who actually paid and bought the child and perhaps the child has temporarily been handed over to an adoption agency for her safety.