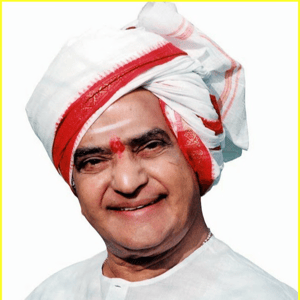 Nandamuri Taraka Rama Rao , popularly known as NTR, was an Indian actor, producer, director, film editor and politician who served as Chief Minister of Andhra Pradesh for seven years over three terms. He is widely regarded as one of the greatest actors of Indian cinema and one of the two legends of Telugu cinema.