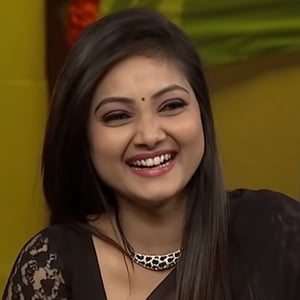 Priyanka Nalkari better known as Priyanka is an Indian film television actress and anchor who worked in many Telugu and Tamil films in a guest role.She is now playing lead role in the Tamil Superhit Serial Roja.She is one of the leading actresses in the television.She has won Sun Kudumbam Viruthugal for Best Actress for Roja (Tamil TV series) in 2019.