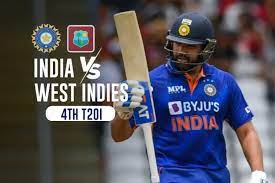 In the fourth t20 played between india and west indies (Ind Vs WI t20 Series) in Florida, Team india registered a big win by 59 runs. With this win, the indian team also captured the series. Earlier, the ODI series was also won by Team india with a clean sweep. rohit sharma and army have taken a decisive 3-1 lead in the series. The fifth t20 is also to be played at the CBR Park Stadium in Florida. 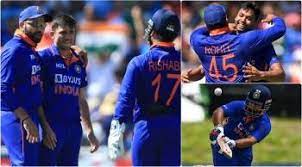 In this series, captain rohit sharma and coach rahul dravid have consistently shown confidence in the young bowlers. Its result is also visible and the team's victory in the fourth ODI has been a big credit to the young bowlers. Arshdeep took the most 3 wickets for india, Avesh Khan, Axar patel and ravi Bishnoi also got 2-2 success.

In the fourth t20, he has fully lived up to the confidence shown by captain rohit sharma in Avesh Khan. Khan has taken 2 wickets for 17 runs in 4 overs. He learned from his mistakes and bowled with the right line length, which has benefited him.

Batting first, indian openers rohit sharma (33) and suryakumar yadav (24) made a quick start. Both could not score big but the runs kept increasing rapidly on the scoreboard. After this rishabh pant took over the innings with deepak Hooda. After the dismissal of Hooda ((21 runs in 19 balls), pant and sanju samson showed understanding but pant lost wickets in the affair of playing a big shot after hitting a four.

Pant's individual score (44 runs in 31 balls) was the highest from the indian camp but he could not complete his half-century. The advantage of continuous runs was made and Team india scored 191 runs for the loss of the wicket. The Caribbean team could not overcome this and lost the match by 59 runs and lost the series.