This tweet by Musk shocked the fans of Manchester United and it was talked about on social media. Then a user asked him if he was serious about his intention to buy the club. To this Musk gave this answer...

Tesla Chief Executive Officer (CEO) Elon Musk clarified on wednesday that he is not buying Premier League football club Manchester United. Actually, Musk had recently made a tweet and he talked about buying the prestigious football club. Musk wrote – I support the Left Half of the republican party and the Right Half of the Democratic Party. Soon after this tweet, he wrote – I am buying Manchester United. 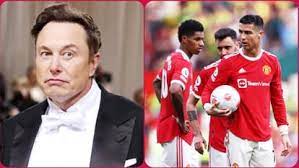 This tweet by Musk shocked the fans of Manchester United and it was talked about on social media. Then a user asked him if he was serious about his intention to buy the club. To this Musk replied – No, this is a long running joke on Twitter. I am not buying any sports team.

Musk's tweet about buying the team came after Manchester United, popularly known as 'The red Devils', have had a poor start to the 2022-23 season of the Premier League. Manchester United have lost their first two matches and are currently ranked 20th and last in the points table.

Man U lost their first game of the season 1–2 against Brighton and Hove Albion. United were then defeated 4–0 by Brentford. Manchester United have to play their next match against Liverpool on august 22nd 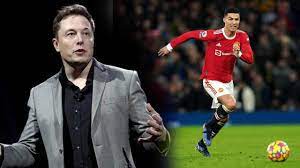 Musk recently signed a deal to buy microblogging site twitter for US$44 billion without any investigation. However, when Musk later realized it was a bad deal, he backed out and is still facing trial. twitter has leveled several allegations against Musk.