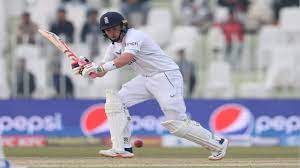 On 9 december 1910, australia scored 494 runs on the first day of the Test match against South Africa. On december 1, 2022, in Rawalpindi, england created history by scoring 506 runs on the first day. The strike rate of almost all the batsmen of england was around 100. During this, the strike rate of ben stokes remained above 200. stokes is unbeaten after scoring 34 runs in 15 balls. In his innings, he hit 1 six and 6 fours.

PAK vs ENG 1st Test: 74 fours and three sixes in one day

The manner in which the england openers started, the batsmen who came forward kept it intact and kept raining fours fiercely. There were 73 fours in this innings of England. Zak Crawley hit 21 fours, Ben Duckett 15, Ollie Pope 14, Joe Root 3, Harry Brook 15 and ben stokes 6 fours. england have scored 506 runs in 75 overs losing 4 wickets.