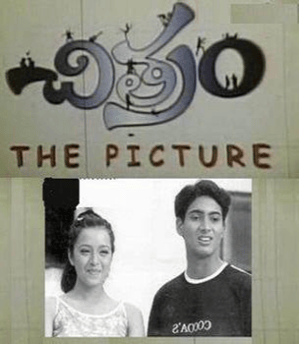 Chitram is a 2000 Indian Telugu -language romantic comedy film written and directed by Teja. This film stars Uday Kiran and debutant Reema Sen in the lead roles. The film was sensational hit in 2000. The film is produced by Ramoji Rao .The music of the movie was composed by R.P. Patnaik.