To support sri lanka in the economic crisis, this great india has announced another loan of $ 1 billion. With this announcement, the distance between Colombo and delhi due to china is expected to be reduced. But, despite all the efforts, the foreign debt on sri lanka is increasing.

Due to skyrocketing inflation, people are being forced to leave the country. Recently some Sri Lankan tamil citizens have come to india leaving their country by boat, risking their lives. Protests against the government are increasing in Sri Lanka. At the same time, to support sri lanka in the economic crisis, the same great india has announced another loan of $ 1 billion.

With this announcement, the distance between Colombo and delhi due to china is expected to be reduced. But, despite all the efforts, the foreign debt on sri lanka is increasing. And, apart from the Corona epidemic, china has also been the reason behind Sri Lanka's entanglement in this debt trap. Simply put, china has entangled sri lanka in its debt trap so much that now the Rajapaksa government there does not see any way to save the country. 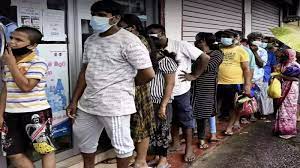 Even though the Xi jinping government and the Chinese media deny the spread of the corona epidemic from china to the world. But, it has been proved by many countries and scientists that china did not give entry to the scientists of the World health Organization in wuhan for a long time only to erase the evidence of the outbreak of the corona epidemic.

Well, the corona epidemic broke the back of middle, low and poor countries. Due to which china got an opportunity to spread rapidly in the world. To establish itself as the world's superpower, china easily gives loans to any country. In the name of local development, china has invested in many countries including pakistan, Kyrgyzstan, east Africa through big projects. At the same time, the interest rate on the money provided by china is high. So, china swallows up the entire project if the loan is not repaid on time. 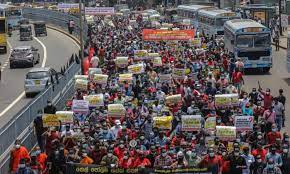 Actually, the loan given by china is given in the form of investment in all the schemes ranging from infrastructure to mining. So, it is not easy to trace it. It is believed that in the event of not repaying the debt on time, the countries are forced to kneel before China. Countries like pakistan and nepal can be considered as the best examples of this.

Where china has made its intervention even in politics through investment. However, china has always denied these allegations. The network of loans given under the 'Belt and Road Initiative', the dream project of Chinese President Xi jinping, has reached Afghanistan. At the same time, china used sri lanka to increase its power in the indian Ocean. 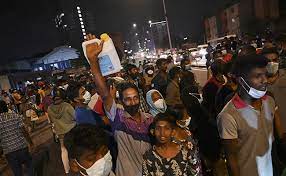 Sri Lanka also became a victim of this trick

China has always been accused of encroaching upon the land of the countries that are unable to repay the debt. The construction of the China-Pakistan Economic Corridor (CPEC) in Pakistan-occupied kashmir is an example. At the same time, sri lanka also fell victim to this trick of China. sri lanka had dreamed of completing the port project in Hambantota with the help of Chinese investments. 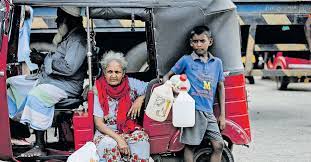 But, china invested billions of dollars in Hambantota and provided money to the Sri Lankan government for other projects as well. The government of sri lanka was so caught in this debt trap of china that only after getting the Hambantota port on a 99-year lease in 2017, work on it started again. Due to getting the Hambantota port on lease, this occupation of china cannot be considered directly. But, if seen, it has come under the control of china in a way.

Last year sri lanka passed the Colombo Port City Economic Commission Bill. Under this bill, 269 hectares of land has been given to Chinese companies to build a port in Colombo. And, seeing the situation as it is in sri lanka today, it can be easily said that this land will also come out of the hands of Sri Lanka. 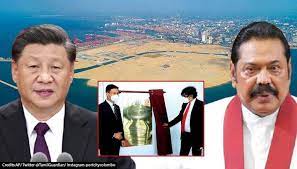 And, 54.1 percent of Sri Lanka's gold reserve has also been sold to strengthen foreign exchange reserves. Simply put, sri lanka is on the verge of bankruptcy.

The threat of refugee crisis in India

And, in this situation india may face the danger of facing refugee crisis. sri lanka is now finding it expensive to sit in the lap of china instead of the countries of india and Japan. According to media reports, sri lanka has to repay $7.3 billion in debt to foreign governments and national banks in the next 12 months. Whereas, Sri Lanka's foreign exchange reserves have remained only 1 billion dollars.

﻿Simply put, Sri Lanka's back will break soon after repaying the loan. The situation there could get worse. Because, from tourism to all the trade-industries from which foreign exchange used to come to sri lanka, they are facing a crisis.