Love at first sight... confession and then marriage, such was the love story of 'Shri Krishna' of 'Mahabharata'

Saurabh raj Jain, who played the role of krishna in the tv show Mahabharata, is not an idiot today. People have liked the character of krishna very much. He played his character so well that the actor became a household name. Saurabh played the role of Lord shiva in the tv show 'Mahakali: Ant Hi Aarambh'. But Saurabh got a lot of popularity from Mahabharata. Saurabh's fans are very excited to know about his personal life. Because the actor does not like to talk too much about his personal life. Today Saurabh is celebrating his 13th wedding anniversary. So let us tell you some special things Saurabh married Riddhima on 28 november 2022. Both of them first met at Noida's Lobo dance Academy. There was a connection made between the two and they came close to each other. After this, they started dating each other. Both dated each other for 3 years and then decided to get married. In the year 2010, both of them got married in a private ceremony. There was no media coverage of the marriage of both. Please tell me that this marriage was so private that no one was even aware of it. Please tell that Saurabh's wife Riddhima is a software engineer as well as an indian tv personality. Riddhima is also fond of fitness and dance. Whereas Saurabh is also interested in dance. Saurabh and Riddhima got a chance to showcase their love for dancing together through Nach Baliye. The audience loved their performance in Nach Baliye. 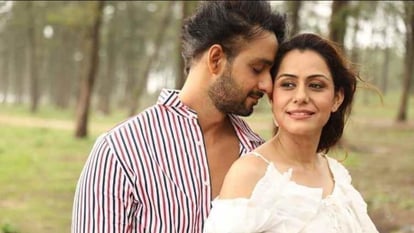 Saurabh and Riddhima became parents to twin boys in the year 2017. When Riddhima was pregnant, Saurabh was not with her because of the shooting, but Riddhima wanted to be her strength and not her weakness, so she refused to let Saurabh worry for her. This is the reason why Saurabh says about his wife Riddhima is my strength, if she is with me then I can do anything.