PFI: The connection of PFI is also coming to the fore in the violence on june 3 in Kanpur. Even before this, the link of PFI has come to the fore in many violence cases. But do you know that this organization is getting support from China? Understand in detail in this report how china is trying to destabilize india through PFI. 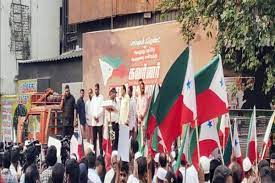 Violence was witnessed in kanpur, Uttar Pradesh on Saturday. The violence took place in the Parade Chowk area of the city in which 40 people were injured. So far, 29 people have been arrested by the police in this case. Not only this, the connection of PFI is also coming to the fore in this violence, whose investigation has been started. Earlier, the name of this organization has also appeared in the riots in delhi and Hathras. In kerala too, the name of this organization has often appeared in many incidents. Recently, a revelation has come to the fore that for the last few years, this organization is getting funds from china, which it is using to spread unrest in India. In such a situation, the biggest question arises whether china is using organizations like PFI for its agenda?

What is the PFI connection from kerala to Kanpur?

In the case of violence in kanpur on june 3, the police have received documents related to PFI, which is being investigated. This was about Kanpur. Some time ago PFI connection also came to the fore in Delhi's Jahangirpuri violence. 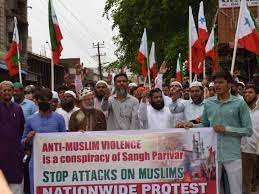 Jahangirpuri Violence: The Crime Branch of delhi had claimed that on the occasion of Hanuman Jayanti, members of PFI had hatched a complete conspiracy to disrupt the procession and carry out violence by meeting in Jahangirpuri.

Delhi riots: Earlier, the link of the extremist organization PFI in instigating the protests against CAA-NRC in North-East delhi also came to the fore.

Bengaluru Violence: Several members of both PFI and SDPI organizations were arrested in the violence that took place in Bengaluru, karnataka on 11 august 2020. 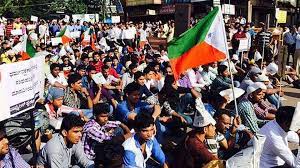 Assam Violence:In the year 2020 itself, 2 PFI members were arrested for instigating the CAA-NRC protests in Assam.

If you consider, in the cases of violence in the last few years, the role of PFI has increased from kerala to many states. The special thing is that funds are required for such violence, in such a situation, the disclosure of ED has also exposed this fund in which China's connection has come to the fore. 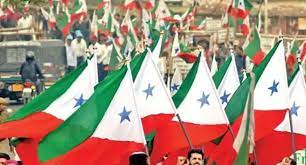 What is the Chinese Connection?

A recent report has revealed that the controversial organization Popular Front of india is raising funds from gulf countries. Sources in the investigating agency have also informed that apart from gulf countries, PFI has raised funds worth more than Rs 1 crore from China. The Enforcement Directorate (ED) has already attached the assets of PFI and is investigating.

Enforcement Directorate has disclosed that PFI member KA Rauf Sharif has a Chinese connection. Rauf had received one crore rupees from china under the guise of mask trading. This is the same Rauf Sharif whose name had cropped up in the hathras case where a Dalit woman was killed after being gang-raped.

Not only this, Rauf Sharif has also been an employee of Race international LLC, oman and out of the four directors of this company, two were Chinese, and two were NRIs from Kerala. In the year 2019 and 2020, Rauf also went to china, when money was also sent to his indian bank account. Apart from this, the Chinese connection of SDPI , the political organization of PFI, has also come to the fore. Kalim Pasha, associated with SDPI, had received Rs 5 lakh through a Chinese company Jumpmonkey Promotion india Pvt Ltd. This is the same Kalim Pasha whose name came up in the Bangalore riots. From the year 2019 to 2022, PFI has incited violence under conspiracy in many places in india, which makes it clear that in reality china, which eats on the indian border, is making all efforts to spread unrest in india by helping such organizations. doing.