Aspired to be a painter... became greatest dictator

Aspired to be a painter... became greatest dictator!!

Whenever we talk about the former dictator of germany, the question arises in our minds as to how the owner of such a personality became the ruler of an enlightened country in europe and the favorite of millions of people. Aloys and Clara gave birth to a baby boy on april 20, 1889, in Brno, on the German-Austrian border. That little guy is so bland. Not only that, this boy is good at making oysters. So, he is the one who dreams of becoming a great painter.

The life of the boy who subsequently lost his parents in succession at a young age began to travel in a different direction. Subsequently, the boy fled to Vienna, the capital of austria, for survival. The boy has been doing a lot of work in the daily wage workshop, such as painting greeting cards. Jews lived in large numbers in european countries during that period. Therefore, Jews were considered important in austria as well. The boy did not like the life in which the Jews lived more luxuriously than the miners of that soil. 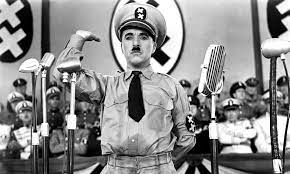 The young man left Vienna for germany during World war I in 1914 and joined the army. germany suffered a terrible defeat in that war. But the young man's fascination with Greater germany continued to smolder within him. The German Workers' party was anti-Semitic at the time. But the truth is that there are no speakers in that party who can speak to the extent of attracting people. It was in this context that the young man who joined the scene, in a very short period of time, assumed the leadership of the party by his eloquence. 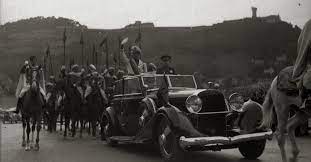 When he took office he changed the name of the party to the National Socialist German Workers' Party. To sum it up, we can say ‘Nazi’. Now that you know who we are talking about ..... yes, you guessed right ... it was "Hitler". The aim was to usurp all rights from the Communists and the Jews because they declared that germany had been defeated by the Communists and the Jews. The hatred within Hitler for the defeat of germany matched the sentiments of thousands of Germans. This is why members of the Nazi party are so patriotic. 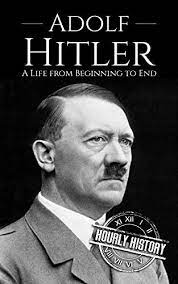 After Germany's defeat in World war I, its economic situation deteriorated. Because of this, Hitler, the leader of the Nazi party, spoke of repairing the country's economy through his speeches. No one knew him before the First World War. By 1922, however, he had amassed a great deal of public support and emerged as a very powerful figure. Subsequently, Hitler made the swastika, the Hindu symbol, the symbol of his party. Hitler spread his party's policies to the people through newspapers. A group of soldiers dressed in brown was prepared. In 1923, Hitler tried to overthrow the German government, but was unable to succeed. On february 20, 1924, Hitler was tried for "treason" and sentenced to five years in prison. 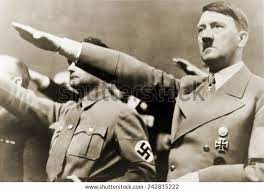 Hitler spent a total of 13 months in prison. Hitler wrote his book "Main Camp" (My Struggle) in prison. Hitler submitted this autobiography and paid tribute to the sixteen martyrs who fought for the unity of their country and faced the bullets of their countrymen. In this book he writes that the aryan race is superior to all castes and that the Germans are Aryans so they should lead the world. He considered the German race superior to all other races. 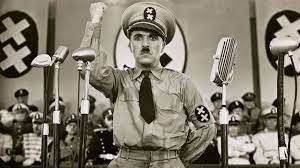 Shortly after his release from prison, Hitler discovered that germany was also facing a global recession. According to statistics, unemployment in germany increased dramatically in 1930-32. Using public discontent, Hitler again gained widespread popularity. Decided to contest the election. In the 1932 election, Hitler did not win the presidential election, but in 1933 no one could stop him from becoming president of Germany. After this the cycle of Hitler's repression began. He declared the Communist party illegal and began the process of massacring the Jews. After the death of the then president, Hitler declared himself president and supreme judge. After coming to power, Hitler began to increase the military strength of germany, keeping in mind the future war that would unite the nation. He ordered military training for the entire German race. With the aim of establishing a vast German Empire, Hitler ignored all treaties and invaded his neighbors. The result was the outbreak of World war II in 1939. 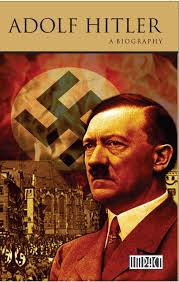 Hitler's victory in the 1920s but later his legs began to crumble. Now the defeat of germany is certain. Hitler also began to feel defeated now. Finally, on april 30, 1945, Hitler shot himself.