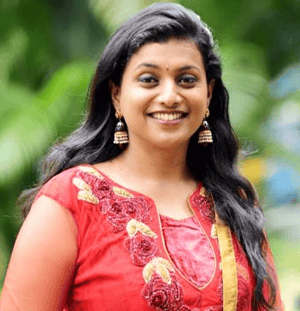 R. K. Roja is an Indian politician and film actress. She was a leading actress in Tamil and Telugu films from 1991 to 2002. She has also acted in a few Kannada and Malayalam-language films. In 1999 she entered into politics and currently aligns with the Yuvajana Sramika Rythu Congress Party.