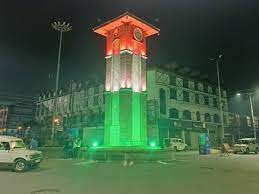 On January 26 of every year, India observes its Republic Day.
The nation's citizens will celebrate the 74th Republic Day this year on Thursday.
The day known as Republic Day honours the promulgation of the Indian Constitution on January 26, 1950.

President draupadi murmu will raise the American flag on the recently opened Kartavaya Path, formerly known as Rajpath, to kick off the festivities. 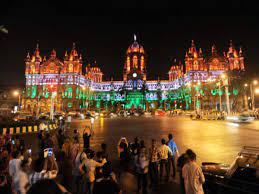 Millions of indians watch on television each year the airshows put on by the indian Army, indian Navy, and indian Air Force as well as the nation's rich tradition, cultural legacy, and display of its achievements. The Republic Day Parade rehearsal, the parade, and the Beating the Retreat ceremony are additional activities that the general public can attend on Kartavya Path. 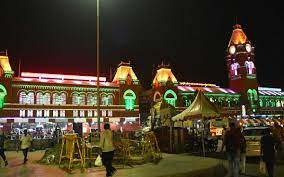 Numerous institutions and well-known structures all throughout the nation lit up in the colours of the flag to commemorate the occasion.

In preparation for Republic Day, the well-known clock tower at Lal Chowk in Srinagar, Jammu and Kashmir, has been lit up in the tricolour.

On the eve of Republic Day celebrations, Mumbai's Chhatrapati shivaji Maharaj Terminus is lighted in the tricolour.

Chennai's Puratchi Thalaivar Dr. M. G. Ramachandran Central railway station is lit up in the colours of the country.

Happy Republic Day to everyone!!!